NASA wishes to carry on ISS cooperation after 2020 - newspaper

Fuller told the newspapers the partners had built a remarkable orbital laboratory and hoped to continue using it after 2020 for the sake of further space exploration and new technologies. Negotiations on the ISS use after 2020 will continue, he said.

The newspaper noted that the current ISS agreement would expire in 2020.

Preliminary negotiations concerning a longer life cycle of the station started before the Ukrainian crisis escalated. The later events demonstrated that the ISS could fall a victim to the political disagreements between Russia and the United States, Izvestia wrote.

Russian Deputy Prime Minister Dmitry Rogozin said in May Russia did not plan to continue the ISS operation after 2020 and "would assign its resources for other promising space projects instead," the newspaper emphasized.

Meanwhile, according to Fuller, NASA expects the station to be useful for a longer period. 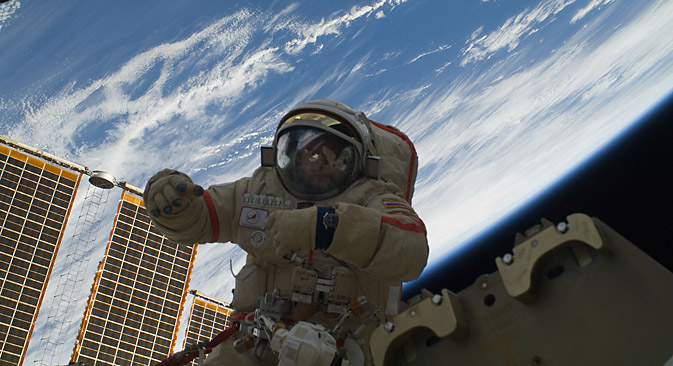 Russian and U.S. medical and biological research groups have been fruitfully working together for years and will carry on their joint projects, Fuller said, adding that a yearlong mission of astronaut Scott Kelly and cosmonaut Mikhail Korniyenko would begin next March. He said they expected the unique space laboratory to remain available to all partners after 2020.

Yet a senior Agency officer told the newspaper on the condition of anonymity that a final decision on the ISS had yet to be made.

"The ISS is a sensitive spot for the Americans so the project closure has been suggested but only after NASA posted a rather strange statement about terminating cooperation with Roscosmos in every program but the ISS. But everyone here understands it is not expedient to drown the station five years from now. A lunar mission will not happen until 2030. Manned space programs will be put on hold for a decade if we shut down the ISS," he said.

A source in the Rogozin staff told Izvestia there had been no final decision regarding the ISS project. "Operation of the station in the period before and after 2020 is a matter to be resolved at negotiations between Russia and the United States," he said.