Russian Foreign Minister Sergei Lavrov will visit Bulgaria and Slovenia on July 7 and 8.

The South Stream gas pipeline project will be among the key matters on which his negotiations in Bulgaria and Slovenia are to be focused.

In the run-up to Lavrov's trip, the Russian Foreign Ministry expressed the hope for "progress in interaction [with Sofia] in the fuel and energy sector, primarily as concerns the implementation of the project involving the construction of the Bulgarian section of the South Stream gas pipeline." 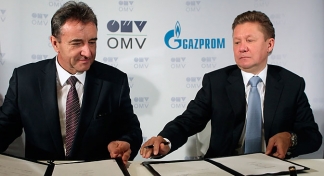 In commenting on the agenda of the negotiations in Slovenia, the Russian Foreign Ministry said, "Russia is open to Slovenian investment, for which favorable conditions have been provided. The implementation of the South Stream project on Slovenian territory should help increase the volume of mutual investments."

"In this context, Ljubljana and we have the common goal of reaching solutions enabling the South Stream participants to honor their obligations under the intergovernmental agreements that have been concluded, without violating the EU regulations and directives in the energy sector," it said.

Moscow attaches primary significance to "the expansion of Russian investment presence in Slovenia, in particular, through privatization of government property under way there," it said.