"Inter RAO is planning to join the construction of power units for the Maximo Gomez and East Havana TPPs. The supply of Russian electric power equipment to Cuba is well underway," Putin said in an interview with Latin American and Russian news agencies.

Putin will visit Cuba on Friday as part of an official trip around Latin America. Havana will be the first stop of the tour, after which the Russian president will go to Argentina and Brazil.

Russia, Putin said, intends to enter a new, high quality level of cooperation with Cuba, including through large joint projects in the energy sector. 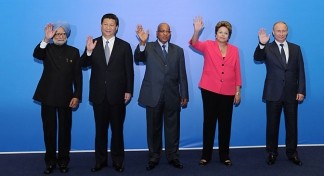 Presidential aide Yury Ushakov has said LLC Inter RAO Export and Cuba's Union Electrica planned to sign a memorandum on the conclusion of a contract to build 800 MW power generating units in Cuba.

The contract is on the construction of four generating units with a capacity of 200MW each for the Maximo Gomez thermal power plant (TPP) in Mariel, he said ahead of Russian President Vladimir Putin's trip to Latin American countries.

In addition, Inter RAO Export and the Cuban Industry Ministry's Electronics Group intend to sign a memorandum on the issue of the production and introduction of L.E.D. lighting appliances.

The 600MW Maximo Gomez TPP was built by Tekhnopromexport and put into operation in 1982. The station works on fuel oil. This is not the first year that Inter RAO (MOEX: IRAO) has made plans to participate in the construction of generating units for the station. It was expected that the project would be initiated back in 2010 as part of the 50-50 joint venture, Generacion Mariel S.A., where the Cuban co-owner was to be Union Electrica.

Inter RAO Export is a wholly owned Inter RAO subsidiary that exports equipment for power plants. According to company materials, the subsidiary participates in projects in Venezuela, Ecuador and Cuba, and is in talks on entering Iraq, Ethiopia and other countries.

The company's management announced its intention not only to deliver equipment to foreign states but to install it.