RBTH
Interfax
Russian President Vladimir Putin hopes that Russia and Argentina will cooperate closely in the area of nuclear energy.

Russian President Vladimir Putin hopes that Russia and Argentina will cooperate closely in the area of nuclear energy.

"There are great prospects in atomic energy. Rosatom is participating in the tender to build a third generating unit at the Atucha NPP. I want to note that Russia has advanced technologies in construction of nuclear power plants. They stand out with their high economic effectiveness, [and] meet the strictest safety and environmental standards," Putin said following top level negotiations between Russia and Argentina.

He said that an agreement on cooperation in the use of nuclear power for peaceful purposes was signed following these negotiations.

"We expect that this agreement will become a strong foundation for close cooperation in this area," Putin said. 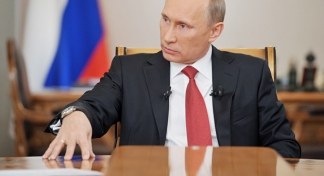 Russian Energy Minister Alexander Novak told reporters that state nuclear corporation Rosatom has submitted the technical and commercial proposal for its participation in the construction of a generating unit at the Atucha NPP in Argentina. The tender will be held in the fall.

"As for the construction of fourth and fifth units at the nuclear power plant, Rosatom is now actively working here onsite, the technical and commercial proposal has already been handed over to our colleagues. The tender will be in the fall," Novak said.

He said that on one unit Rosatom is prepared to participate both as contract client and contractor. Rosatom "is prepared to provide comfortable financial terms, among other things," Novak said.

Following the top level talks, the countries also signed a number of other documents, including an agreement between their relevant agencies on cooperation in mass communications; an agreement on mutual legal assistance on criminal cases; an extradition treaty; and a treaty on the transfer of convicted persons to serve prison terms.