RBTH
Interfax
Seventy-two percent of Russian citizens interviewed by the Levada Center in August have approved of Russia's response to Western sanctions, and 18 percent of respondents have described the Russian government's measures as "counterproductive".

Seventy-two percent of Russian citizens interviewed by the Levada Center in August have approved of Russia's response to Western sanctions, and 18 percent of respondents have described the Russian government's measures as "counterproductive".

The public opinion survey, which involved 1,600 people in 46 Russian regions, was conducted after President Vladimir Putin signed a decree on August 6, imposing a "full embargo" on imports of fruit, vegetables, meat, fish, milk and dairy products from the European Union, the United States and some other Western countries.

Levada Center sociologists told Interfax on Friday 64 percent of respondents said that the Western sanctions imposed on Russia over the conflict in Ukraine would not cause any problems to them personally, and 25 percent of those polled said they were troubled by these measures. 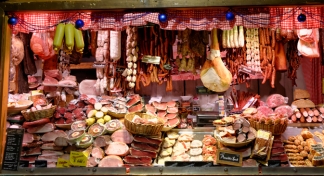 Thirty-eight percent of respondents have not ruled out that the sanctions introduced by the U.S. and Western Europe will entail certain consequences for Russia's economic, political and academic elite, and 13 percent of those polled believe that these sanctions will affect the Russian president personally and his inner circle.

The opinion that the restriction will affect ordinary Russians as well was supported by 23 percent of respondents, and 12 percent mentioned the "liberal opposition linked with the West".

Sixty-one percent of those polled believe that "numerous external and internal enemies are actually threatening Russia today", while 27 percent took the opposite view, saying that "any talk about the enemies is aimed at intimidating the population and turning it into a puppet in the government's hands."

At the same time, 44 percent of respondents believe that the world's respect toward Russia has grown over the past decade, 22 percent expressed the opposite opinion, and 25 percent of those polled said that nothing has changed.