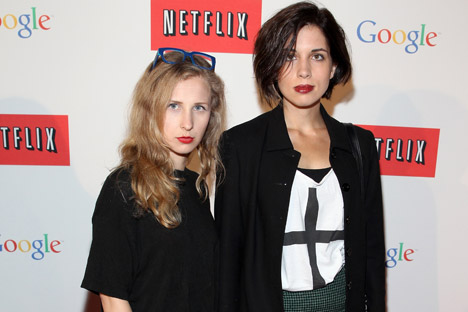 Pussy Riot members Nadezhda Tolokonnikova and Maria Alyokhina are to appear as guest stars in the TV serial House of Cards. 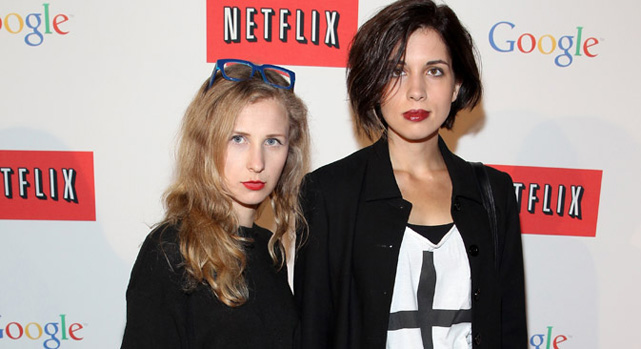 Pussy Riot members Nadezhda Tolokonnikova and Maria Alyokhina are to appear as guest stars in the TV serial House of Cards. According to the Baltimore City Paper, two sources close to the group producing the TV show said that Tolokonnikova and Alekhina have taken part in the shooting and will appear in a Season 3 episode.

Tolokonnikova and Alyokhina were sentenced to two years of imprisonment for performing a ‘punk prayer’ in Moscow’s Cathedral of Christ the Savior in February 2012. The punk prayer and the prison sentence the girls subsequently received made them popular figures in the world media. Alyokhina and Tolokonnikova were released from their penal colonies under an amnesty in December 2013. During their detention, the girls stated that they wanted to build careers as human rights activists.

After their release, both girls appeared at a charity concert in New York, where they were greeted by Madonna, met with the U.S. Permanent Representative to the United Nations Samantha Power, and appeared on The Colbert Report, a late-night satirical TV program. On the eve of the Olympic Games in Sochi, the girls participated in several scandalous videos. In July 2014, Alyokhina gave her opinion on the coverage of the downing of the MH17 flight in the Russian mass media in a column for British newspaper The Guardian.

According to recent messages on Tolokonnikova’s page on Facebook, she is engaged in "sending books to penal colonies, finding lawyers for prisoners, and untangling the intricacies of the application of the Labor Code of the Russian Federation in the penal colonies".

House of Cards is an American political drama TV series that was first screened in 2013, and is based on the British TV series of the same name. It is produced by David Fincher and stars Kevin Spacey in the main role.