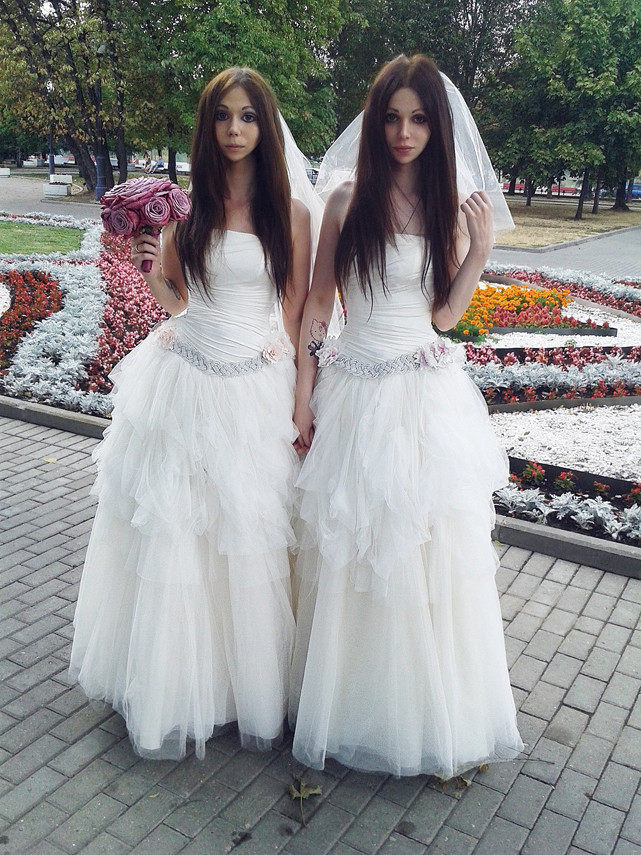 On August 19, an unusual marriage was registered in Moscow: Two girls in similar wedding dresses turned up at one of the city's civil registry offices.

The two girls had decided to officially register their relationship, despite the fact that same-sex marriages are prohibited by law in Russia. However, officials were unable to refuse them, as one of the brides, known in the Russian LGBT community as the blogger Alina Davis, is a transsexual. According to her passport, Davis is actually a man named Dmitry Kozhukov.

According to Davis, to avoid a scandal, the civil registrar’s office staff threatened not to let the young couple inside if both came wearing dresses.

“Going to the civil registrar’s office was not scary, although we were threatened,” she said. “We submitted our application in May, and everything was fine.”

During the ceremony, the civil registry office manager became indignant with the eccentricities of this young and sincerely wondered aloud why a man would want to become a woman. However, according to the newlyweds, there were no further verbal skirmishes.

This wedding of two 'non-traditional' individuals sparked heated debates on the Russian internet.

First published in Russia by Metro

Read more: Reaction to marriage of ‘two brides’ in Moscow shows challenges ahead