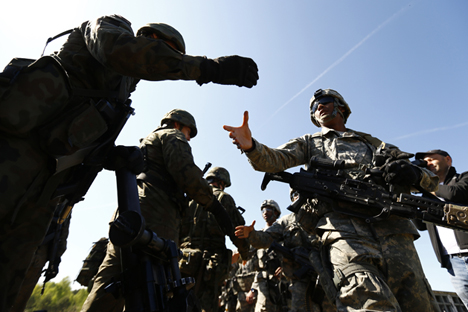 Russia Direct releases a new Monthly Memo that explains why U.S.-Russia joint counter-terrorism collaboration has failed to materialize in the post-Cold War era. 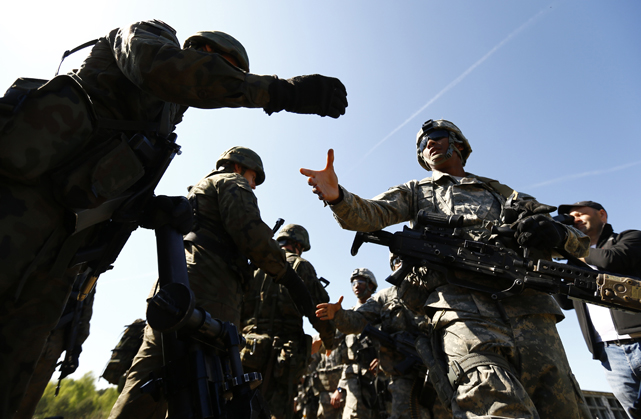 It remains to be seen when Russia and the U.S. will be able to step up their counter-terrorism collaboration after the Ukrainian crisis. Source: Reueters

Although the threat posed by radical Islamic terrorism continues to dominate world headlines more than a decade after 9/11, Russia and the U.S. have thus far failed to find lasting common ground for counter-terrorism collaboration. If anything, the current crisis in Ukrainehas only exacerbated this problem. This is the topic of Russia Direct’s new Monthly Memo, “The Rise and Fall of US-Russian Counter-Terrorism Cooperation.”

After 9/11 and the Beslan terrorist attacks in 2004, the United States and Russia “have shown signs that cooperation in a global fight against terrorism is possible,” the report reads. Yet, “the past two years have witnessed a number of notable setbacks, culminating with the current crisis in Ukraine.”

Cooperation is now more important than ever, as the Islamic State of Iraq and the Greater Syria (ISIS) continues to threaten both the West and Russia with further terrorist attacks. On September 2, the Islamic State threatened not only to execute additional Western journalists, but also to come to Russia to “free Chechnya and the entire Caucasus” as well as to “destabilize Putin’s throne,” as Kommersant daily reports.

Clearly, after the end of the Cold War, international terrorism has become the “very quintessence of other global threats.” The threat posed by terrorism includes the proliferation of weapons of mass destruction, ethnic and religious strife, transnational organized crime, illegal immigration, as well as arms and drug smuggling, according to the author of the report, Nadezhda Arbatova, the head of the Department of European Political Studies at the Center for European Integration at the Institute of World Economy and International Relations (IMEMO).

According to Arbatova, U.S.-Russia counter-terrorism initiatives have been severely hampered by “the problematic legacy of the Cold War and the lack of a post-Cold War security system capable of incorporating revised attitudes and meeting new international challenges.”

“This was evident during the Kosovo conflict in 1999, the military operation in Iraq in 2003,the Russia-Georgia crisis of 2008, NATO’s operations in Libya in 2011, and today's conflict in Ukraine,” she points out.

One of the problems Arbatova raises in the report is the lack of clarity in defining the term “international terrorism.” She argues that “no concept is more blurred or politicized” in the modern international political lexicon.  As a rule, a country’s political preferences determine how they refer to armed separatists: Are they “freedom fighters” or “terrorists”?

“So it was in Bosnia-Herzegovina, Kosovo, Chechnya, Georgia, and many other zones of conflict, and now the same thing is happening in Ukraine,” Arbatova argues.

“The very notion of ‘international terrorism’ — now divided into left and right, state and non-state, religious and ethnic — has become more entangled. Some experts even consider international terrorism to represent a new type of conflict,” she added. Arbatova points out, nevertheless, that most experts agree that the major threat to global security comes from terrorism originating from one source: political Islam.

How and why did U.S.-Russia counter-terrorism cooperation fail to reach its early promise? Why is increased collaboration in the fight against global terrorism now more important than ever? What needs to be achieved before U.S. and Russian negotiators can once again speak optimistically about how to combat new terrorist threats before they extend to Russia or to the U.S.? Subscribe and download the full version of the report to find out.