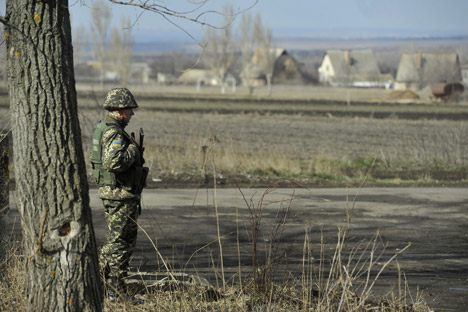 Ukrainian border guards have begun the construction of a ‘wall’ on the border with Russia. This was reported by the press service of the military operation on its Facebook page. 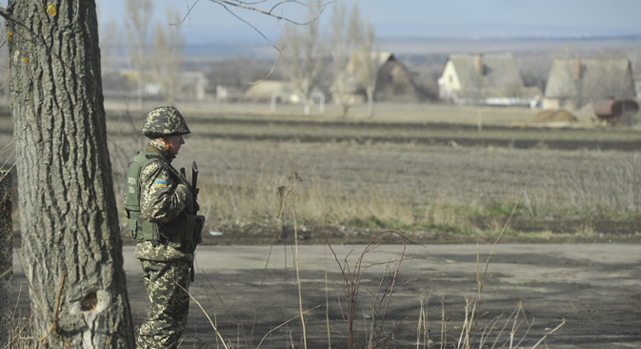 On the Russian-Ukrainian border. Source: ITAR-TASS

Ukrainian border guards have begun the construction of a ‘wall’ on the border with Russia. This was reported by the press service of the military operation on its Facebook page.

As reported by the security forces on behalf of President of Ukraine Petro Poroshenko, the installation of "fortification equipment and systems engineering barriers" began on Wednesday.

"It is planned to create two defensive lines," read the statement.

Security officials are planning to build just under 1,000 miles of trenches and communication trenches, more than 8,000 trenches for equipment, 4,000 dugouts and a "non-exploding fence" 40 miles in length.

On September 5, Ukrainian Prime Minister Arseniy Yatsenyuk said that the government has prepared a draft plan for the bolstering the entire length of the Ukrainian-Russian border called "The Wall". In its first stage, the plan envisages equipping the border outside the conflict zone, where it is possible to begin engineering work immediately - in the Chernigov, Sumy, and Kharkov regions, as well as the north of the Lugansk Region. The border, according to the plan, will feature a trench 4 meters wide and 2 meters deep, completed with systems of electronic optical surveillance, towers and other facilities to prevent the movement of vehicles. On the maritime boundary it is proposed to establish complete electronic optical surveillance.

According to the State Border Service of Ukraine, the border with the Russian Federation is currently a 2295 km (1426 miles) long.