Interfax
Interfax
The defense team of Bashneft ex-chief Ural Rakhimov claims that the period of limitation in his case has expired and noticed that investigators have changed tack.

The defense team of Bashneft ex-chief Ural Rakhimov claims that the period of limitation in his case has expired and noticed that investigators have changed tack.

"Currently, the investigation is changing its tactic, I can say nothing else for now," the suspect's lawyer Airat Latypov told reporters.

Rakhimov's other lawyer, Ilnur Salimyanov, said for his part that the defense will seek closure of this case due to the expired limitation period. "We believe that the limitation period has expired," the lawyer said.

Rakhimov's lawyer told the court earlier on Monday that he would withdraw his complaint against the opening of the criminal case. "Investigators have ignored this trial and failed to provide documentation, I am withdrawing my complaint," the lawyer said. The court discontinued the appellate procedure.

The case over illegal sale of Bashneft against AFK Sistema chief Vladimir Yevtushenkov, Rakhimov and businessman Levon Airapetyan has been investigated since April 2014.

As part of the investigation, the Basmanny Court of Moscow froze Sistema's shares in Bashneft, Ufaorgsintez and Bashkirskaya Setevaya Kompaniya.

On August 27 Moscow City Court rejected an appeal against the share freeze, and investigator Alexei Veseliyev said that on August 26 he had opened another money laundering case over the sale of BashTEK shares to Sistema. 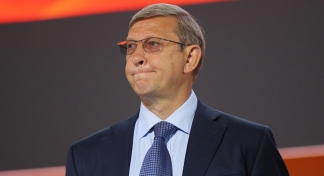 Sistema bought BashTEK through three funds - OOO Agidel-Invest, Ural-Invest, Inzer-Invest and Yuryuzan-Invest - which were thought to have close links with the then governor of the republic, Murtaza Rakhimov, and his son Ural.

Sistema closed the BashTEK asset acquisition deal in April 2009. The initial price of the deal was $2.5 billion, of which $2 billion were paid straight away and the rest ($500 million) were expected to be paid by Sistema in a 14-months' time. However, in May 2009 Sistema signed additional agreements to earlier BashTEK sale and purchase contracts, whereby the price of the deal was set at $2 billion. Thus, it was agreed with the asset's seller that Sistema will not pay the extra $0.5 billion.

On September 16 Russian Investigative Committee spokesman Vladimir Markin said that the principal owner of AFK Sistema, Vladimir Yevtushenkov, had been charged with money laundering (legalization of criminal proceeds). Following a request from investigators, the court placed Yevtushenkov under house arrest until November 16.

A source told Interfax that former Bashneft chief Rakhimov had been charged in absentia with stealing the company's shares and put on the international wanted list. Meanwhile, Rakhimov's lawyer Ilnur Salimyanov said while he had not been notified of the charges against his client and his international fugitive status, he knew that Rakhimov was wanted by the federal authorities.