FSB reveals it had agent in Estonia intel for 20 years

Interfax
Interfax
Russia's Federal Security Service (FSB) has revealed that it had for 20 years been receiving Estonian, American and other Western secrets from an agent serving in Estonia's security police before he moved to Moscow three years ago.

Russia's Federal Security Service (FSB) has revealed that it had for 20 years been receiving Estonian, American and other Western secrets from an agent serving in Estonia's security police before he moved to Moscow three years ago.

"During this time, the FSB has uncloaked several large-scale anti-Russian espionage and technical actions by U.S., Swedish, British and other special services. Several agents of foreign special services have been convicted, and a leak has been prevented of classified information via a device that was to be inserted into a Russian telecommunication cable [for] the technical penetration of the Russian Embassy in Tallinn," Russia's NTV television said on Sunday.

The former agent is Uno Puusepp, an Estonian who is the son of a former Soviet military officer and joined the Soviet State Security Committee (KGB) in the 70s after being trained as a saboteur radio operator.

When Estonia regained independence, Puusepp was one of few ex-KGB officers to be able to join the KAPO security police. He joined KAPO's technical service with duties that included wiretapping.

In 1996 Puusepp began to work for the FSB, maintaining contact with the Russian agency through former KGB colleague Nikolai Yermakov, who was resident in Estonia, had a business there and visited Russia regularly.

Information from Puusepp, which was mainly passed to Yermakov through caches, enabled Russia to torpedo a large-scale operation by the United States' CIA and National Security Agency to connect to a fiber optic cable through which the Russian Embassy sent ciphered information to Moscow. 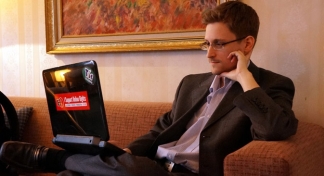 The Russians first let the Americans install expensive equipment and then started using other communication channels.

Via Puusepp, the FSB got hold of secret reports to the KAPO director and the Estonian prime minister, reports on conferences between KAPO and the intelligence services of other Baltic countries and Finland, with Britain's Security Service (MI5) and Secret Intelligence Service (SIS), and Germany's BND, and information on KAPO agents.

NTV said that, owing to Puusepp, the scale of intelligence activities by the U.S. National Security Agency in Europe became known before Edward Snowden came up with his disclosures.

Puusepp also had access to information on the recruitment of Russians by Western intelligence services and knew about surveillance Russian diplomats were put under.

His reports led to the disclosure of Valery Ojamae, a former Russian Foreign Intelligence officer, as a double agent. Ojamae voluntarily offered his services to KAPO in 1999 and worked for British intelligence for about a year, after which he was arrested and received a seven-year prison term.

It was also due to information from Puusepp that former Russian Borderguard Col. Igor Vyalkov was found to be spying for KAPO. Vyalkov was convicted of espionage.

KAPO information leaks and operational failures caused anxiety in the United States. After several years of looking for the source of the leaks, an arrest was made. But it was not Puusepp who was arrested but ex-KGB officer Vladimir Veitman, who worked in the same KAPO division.

Veitman confessed under pressure to collaboration with Russian intelligence and was sentenced to 15 years in prison.

"Of course, I was very surprised that instead of me it was my colleague Veitman who had been arrested - as far as I knew, he'd passed over absolutely no information," Puusepp said.

The FSB said Puusepp resigned from KAPO three years ago and moved to Moscow. KAPO internal documents, information on KAPO agents, operational material and much else that he has been able to leak to Russia would for a long time be used by Moscow, the FSB said.