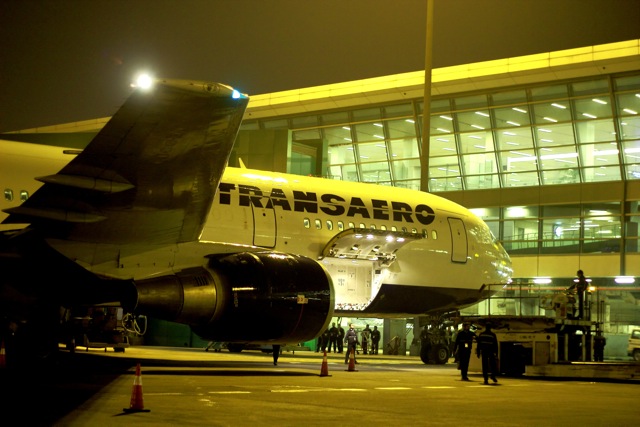 On February 5, 2015, Transaero Airlines carried out its first flight on the Moscow-New Delhi route.

Flight UN543/544 between Moscow and New Delhi is operated from Moscow Vnukovo Airport, Terminal A two times per week according to the following schedule (local time):

Departure from Moscow on Thursdays and Saturdays at 12.10, arriving in New Delhi at 20.45. 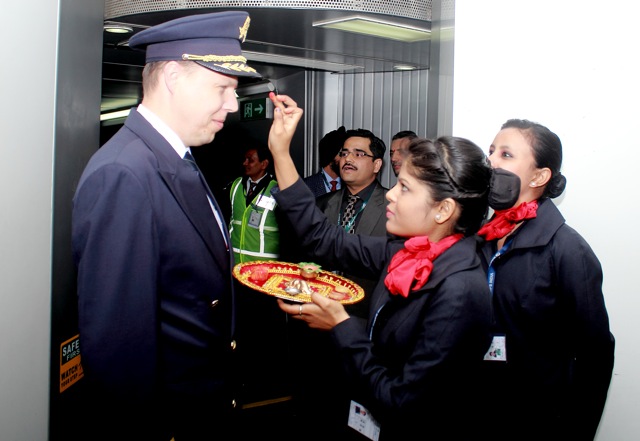 The warm reception awaited the passengers and the crew at New Delhi International Airport. The aircraft was welcomed by the traditional water cannon salute. And the special cake was prepared for the Transaero’s crew upon the arrival and the departure.

Passengers arriving in Moscow can take advantage of convenient connections with a lot of domestic and international flights of Transaero Airlines. The modern and convenient Terminal A of Vnukovo airport accommodates all transfer services under one roof. The Moscow-New-Delhi service has already attracted interest of transit passengers travelling from the North America.

The price of a return ticket on the New-Delhi-Moscow route starts from: USD 332 in economy class and USD 1,587 in business class.

Transaero Airlines launched services in 1991 and today is the second-largest carrier in the Russian Federation. Transaero Airlines ranks among the top 35 airlines in the world and the top 10 in Europe in terms of passenger turnover.

Currently, Transaero operates the fleet of 103 aircraft. Transaero has the largest widebody aircraft fleet in Russia, the CIS and Eastern Europe. The airline’s network covers more than 260 routes in Europe, Asia, the Americas and Africa.

Transaero ranks among the top 20 safest airlines in the world according to the German research center JACDEC.