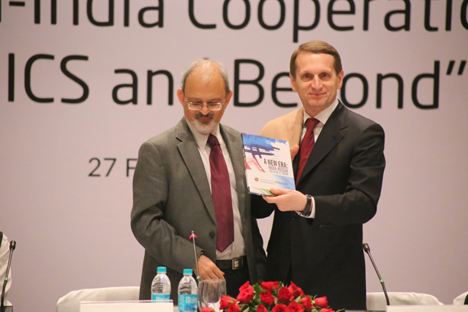 Russia Beyond the Headlines, a global media project sponsored by Russian publishing house Rossiyskaya Gazeta, and the New Delhi-based think tank Observer Research Foundation announce the publication of a new collection of essays on the future of Russia-India relations 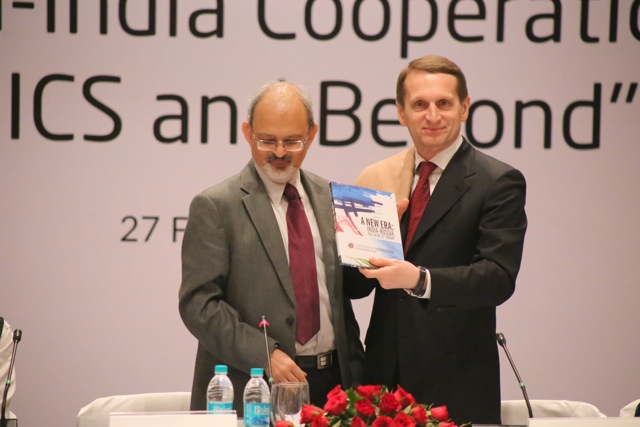 Russia Beyond the Headlines, a global media project sponsored by Russian publishing house Rossiyskaya Gazeta, and the New Delhi-based think tank Observer Research Foundation announce the publication of a new collection of essays on the future of Russia-India relations. Entitled A New Era: India-Russia Ties in the 21st Century, the book is an attempt to critically reflect on the current state of Russia-India relations, and give practical advice on how to improve the relationship between the two countries.

Printing and distribution of the book in India will be handled by the Times of India Group, a partner of Rossiyskaya Gazeta and Russia Beyond the Headlines.

The book “serves as an invitation to a discussion about what the relations between Russia and India in the 21st century will be – how to maximise the accumulated potential and make it the basis for joint breakthroughs in the future,” said Fyodor Lukyanov, Chairman of Presidium of the Council on Foreign and Defence Policy of the Russian Federation and one of the authors featured in the book. “Today, the world is changing faster than anyone could have ever imagined, and new centres of growth and influence are springing up; new alliances are being formed.” 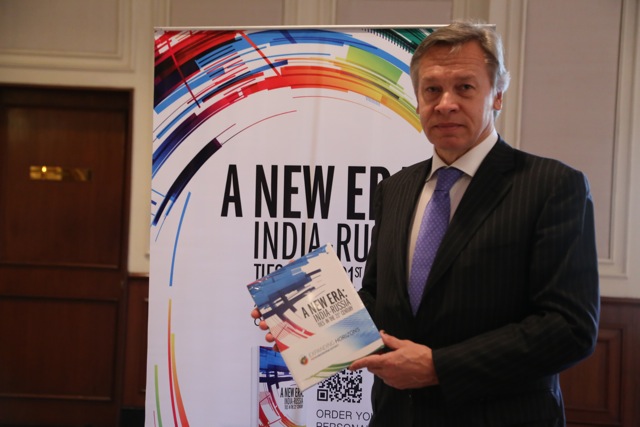 “Such a book should have been published long ago. After the 1990s the Indo-Russian ties weakened, and as a result Russians and Indians knew less about each other even though they still remained friends. But the December visit of President Putin to India opened a new page in the relationship between our countries, and a large-scale multi-faceted cooperation programme was adopted. I hope that such publications would contribute to the better mutual understanding of our nations, politicians and experts,” Boris Volkhonsky from the Russian Institute for Strategic Studies commented.

The collection was edited by Nandan Unnikrishnan, Vice president of the Observer Research Foundation, and Konstantin Fets, editor of Russia & India Report. In addition to Lukyanov, the authors featured in the collection include Yevgeny Griva, C.E.O. of SIBUR Petrochemical India, Boris Volkhonsky of the Russian Institute for Strategic Studies, Shiv Khemka, Deputy Chairman of the Board of Directors of the Sun Group, and Sanjeev S. Ahluwalia, an advisor to the Observer Research Foundation. The publication is aimed at those involved in Russia-India relations, including government officials, diplomats, businesspeople, academics and those working with international organizations such as the BRICS, the SCO and other South Asian, Central Asian and Southeast Asian intergovernmental organizations. 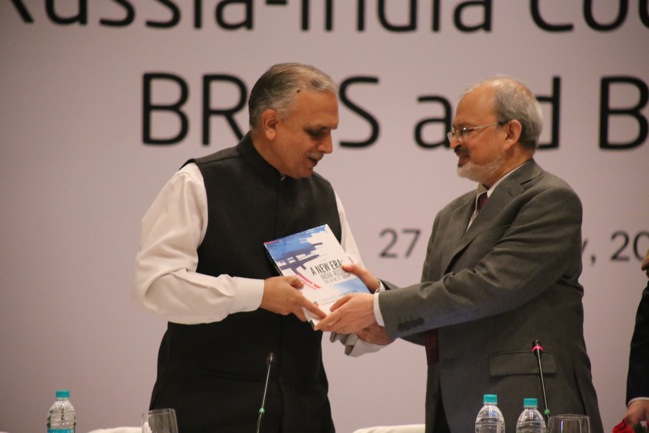 This book will appear in bookstores in India on March 20. An e-book version is available for download from Amazon and Google Play.

The book was first presented at a roundtable on Russia-India relations held Feb. 27 in New Delhi. The roundtable featured the participation of Chairman of the State Duma of the Russian Federation Sergey Naryshkin.

Pre-orders of the print version of the book can be made at: http://book.in.rbth.com.