RIR
The round-table devoted to historical and cultural aspects of relationship between Russia and India was held at the Russian Centre of Science and Culture (RCSC) jointly with the Russian Historical Society on February 27, 2015. 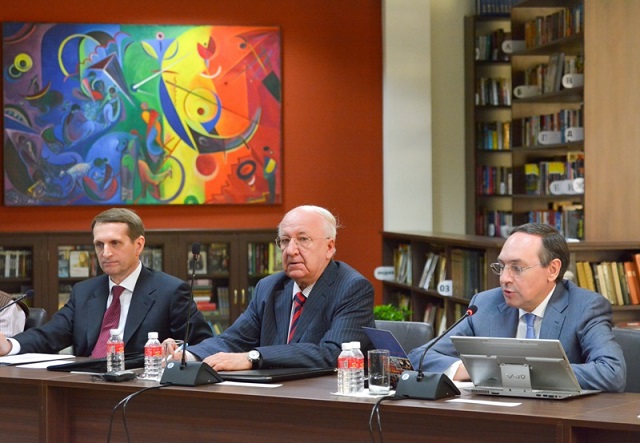 The round-table devoted to historical and cultural aspects of relationship between Russia and India was held at the Russian Centre of Science and Culture (RCSC) jointly with the Russian Historical Society on February 27, 2015.

Sergey Naryshkin, Chairman of the State Duma, who led a high-level Russian delegation to participate in the round-table, said that with long-standing relationship between Russia and India there was a large potential for its development and emphasised intensive promotion of cultural and literary ties between the two countries. The Russian delegation gifted the library of the RCSC a set of books on Russian language and literature.

Alexander Kadakin, Russia’s Ambassador to India, said that it was imperative to maintain with all seriousness and sincerity the Roerichs’ Memorial Trust. 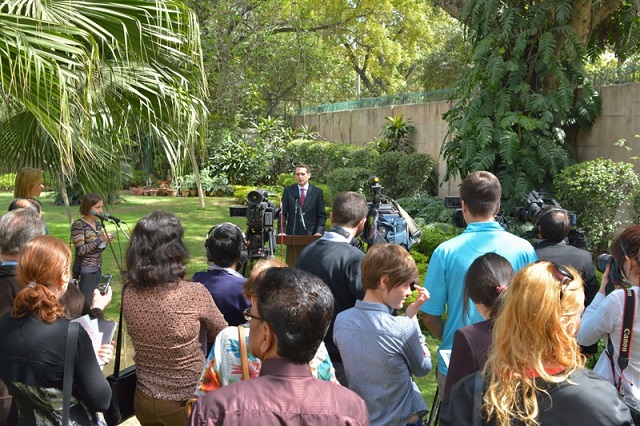 Earlier, speaking to journalists, Naryshkin noted that Russia would push for India’s full membership in the Shanghai Cooperation Organisation. The third-ranking leader in the Russian government also pointed out that Russia was striving for deeper engagement among the BRICS group as well as the Russia-India-China trio. Russia is scheduled to take over the chairmanship of BRICS in the next summit to be held in Ufa, Russia, in July.

Sankar Basu, President of Indian Association of Alumni of Russian/Soviet Academic Institutions (IAARAI), and Arun Mohanty, Director of Eurasian Foundation, JNU, traced the background of Russia-India relations in the historical and cultural spheres. From the Indian side, Urmil Satyabhushan, President of Parichay Sahitya Parishad, also referred to the literary contacts between India and Russia.