RIR
The sixth annual Take Tw@ Online Festival of Russian Film will take place on the website of Rossiyskaya Gazeta from April 6-20. Most films will be shown with English subtitles. 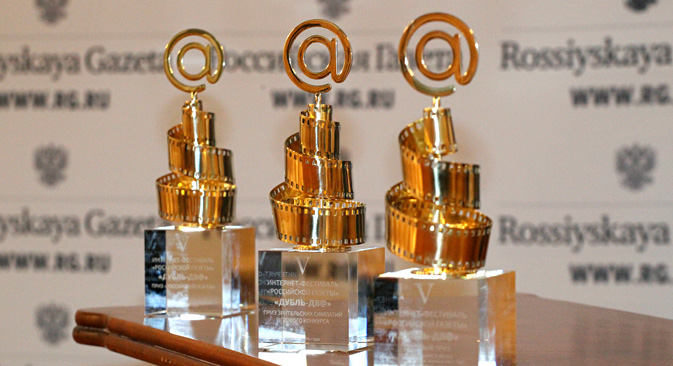 The sixth annual Take Tw@ Online Festival of Russian Film will take place on the website of Rossiyskaya Gazeta from April 6-20. Most films will be shown with English subtitles.

Each film will be available for 48 hours.

According to the press release: “The aim of the program is to inform a broader audience about high-quality Russian movies that did not receive the mass release that they deserved.”

The 2015 program will feature a wide range of films, some of which were released a number of years ago. The program includes:

Viewers also have the opportunity to rate the films on a scale of one to 10. The score will be used to determine the “Viewer’s Choice” award.

Each year, the festival organizers open the festival with the presentation of a special award for "Outstanding Contribution to Cinema." This time the award went to actor and director Vladimir Menshov and actress Vera Alentova, who are partners both on and off the screen. Their film "Moscow Does Not Believe in Tears," which won the Oscar for Best Foreign Film in 1980, celebrates its 35 anniversary this year. The Take Tw@ festival will show two other films featuring Menshov: “Rozygrysh” ["Joke"] (1977) and, “The Envy of Gods” (2000).

The festival will also feature a special program for documentaries, called “Memory.” Two films will be shown as part of this program: "Triumph Over Violence," by Mikhail Romm (1965), about Germany society and the Nazi government during World War II, and “The Process,” by Alexander Zeldovich (2002), which examines the totalitarian system and the fate of the members of the Jewish anti-fascist committee who were shot on Stalin’s orders in 1952.

The program for the festival can be found here.