Victory Day to be marked in Malaysia 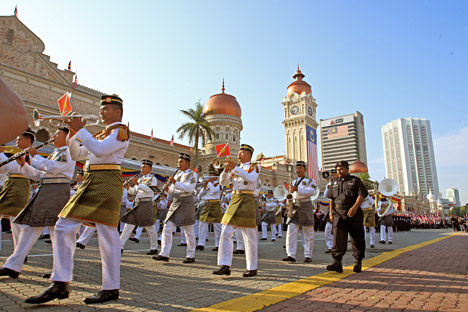 The celebrations in Kuala Lumpur will be jointly organized by the embassies of Russia, Azerbaijan, Kazakhstan, Kyrgyzstan, Turkmenistan and Uzbekistan. 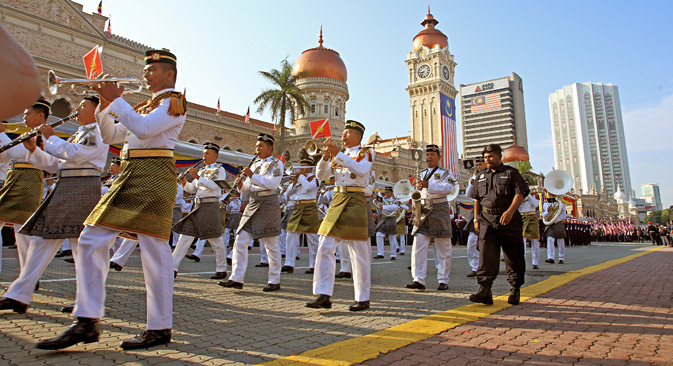 A brass band comprised of members of the Malaysian Armed Forces and the Royal Malaysian Police take part in a parade during the Independence Day celebration in Kuala Lumpur, Malaysia. Source: EPA

For the first time, celebrations will be held in Malaysia to mark the anniversary of Victory Day, the end of the Second World War in Europe, Russian Ambassador to Malaysia Valery Yermolov told Bernama.

The celebrations in Kuala Lumpur will be jointly organized by the embassies of Russia, Azerbaijan, Kazakhstan, Kyrgyzstan, Turkmenistan and Uzbekistan.

“More than 27 million of our compatriots sacrificed their lives for this victory. This is almost as much as the current population of Malaysia,” Yermolov told the news agency. “Celebrating the 70th anniversary, we expect to get support from our Malaysian friends in keeping the memory of the victims of the war and in countering attempts to revise its results.”

The reception would consist of cultural performances and the guests would be served national cuisines from all six countries, according to the report, which added that guest would also be gifted the St George ribbon.

Yermolov said guests at the reception on Thursday would be entertained by cultural performances, including by Russian primary schoolchildren and served with national cuisines from all the six countries.