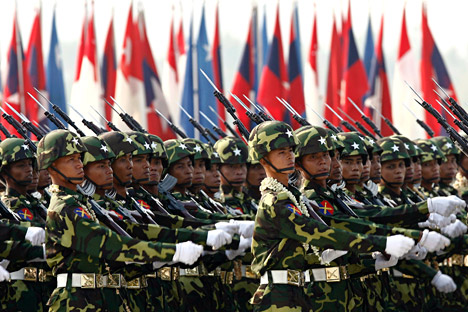 A World War 2 photo exhibition opened in Myanmar’s former capital and largest city Yangon on Wednesday. The exhibition, which is being held to mark the 70th anniversary of the end of the war, was timed to coincide with Victory in Europe Day and is being jointly organized the embassies of Russia and China.

Myanmar, then known as Burma, was overrun and occupied by Imperial Japan, which evicted the nation’s British colonisers.  Britain briefly reoccupied Burma before granting it independence in 1948.

Press Digest: Visit of Xi Jinping to kick off marathon of bilateral summits>>>