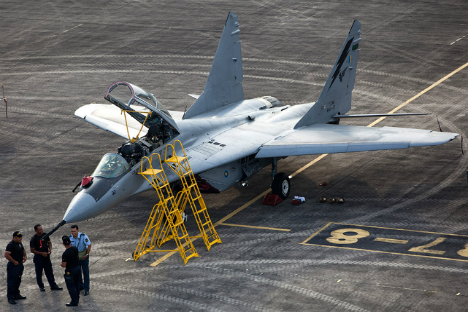 Russia and Egypt have agreed on a contract to supply 46 Mikoyan MiG-29 fighter aircraft, the Vedomosti newspaper reported, citing sources in the Russian aviation industry. 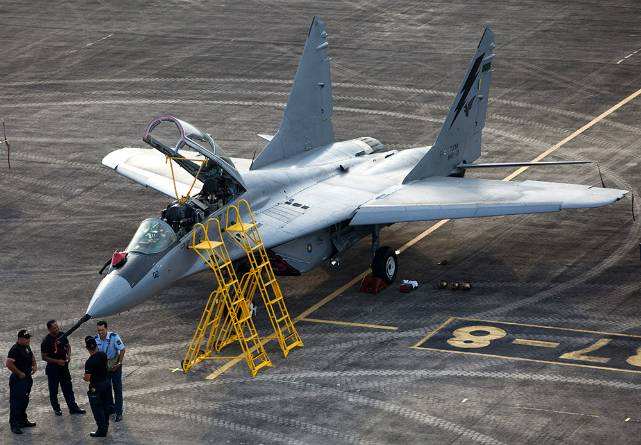 The MiG-29 is one of Russia’s most widely known and produced combat aircraft. Source: ITAR-TASS

Russia and Egypt have agreed on a contract to supply 46 Mikoyan MiG-29 fighter aircraft, the Vedomosti newspaper reported, citing sources in the Russian aviation industry.

The contract could be signed in the very near future, the paper says. A Rosoboronexport spokesman declined to comment. Efforts by the newspaper to reach a spokesperson for the Russian aircraft manufacturing corporation MiG have failed.

Plans to supply the MiG-29 fighters to Egypt were reported a long time ago, the newspaper said. Last year Russia and Egypt signed and are now implementing a contract worth at least $0.5 billion to supply S-300V4 surface-to-air missile systems. The new contract, for 46 MiG-29 armed aircraft, could be worth up to $2 billion, the newspaper said, citing an unnamed aviation industry manager.

According to Military Balance, an authoritative military reference almanac, the Egyptian Air Force has fighter aircraft made in three countries: the United States (F-16), France (Mirage 2000) and the USSR (MiG-21 and its Chinese derivatives, J-7). The U.S. F-16 fighters make up the largest fleet in the Egyptian Air Force. After the Islamist president Mohammed Morsi was toppled by the military in July 2013, the U.S. suspended its arms shipments to Egypt, hence the current diversification policy. In February 2015, Egypt bought from France 24 Rafale fighters, a FREMM-class frigate and missiles to the tune of 5 billion euros. Deals with Russia, too, are part of the diversification, and its MiG-29 fighters are intended to replace obsolete Soviet and Chinese fighters in the Egyptian Air Force.

For the Russian MiG Corporation, the contract with Egypt opens up a long-term working prospect and provides a developmental opportunity, this being the largest commission for MiG-29 fighters in post-Soviet history, says Konstantin Makiyenko, an expert from the Center for Analysis of Strategies and Technologies.

In 2014, the corporation signed a contract to supply 16 MiG-29SMT fighters to the Russian Air Force; it is planning to supply eight aircraft this year and another eight in 2016. Thus, the contract with Egypt will almost double the company's order book for MiG-29s (by nearly 40 more aircraft) and allow it to continue making these aircraft until about 2020.

Read more: Why the Indonesian air force wants the Su-35>>>