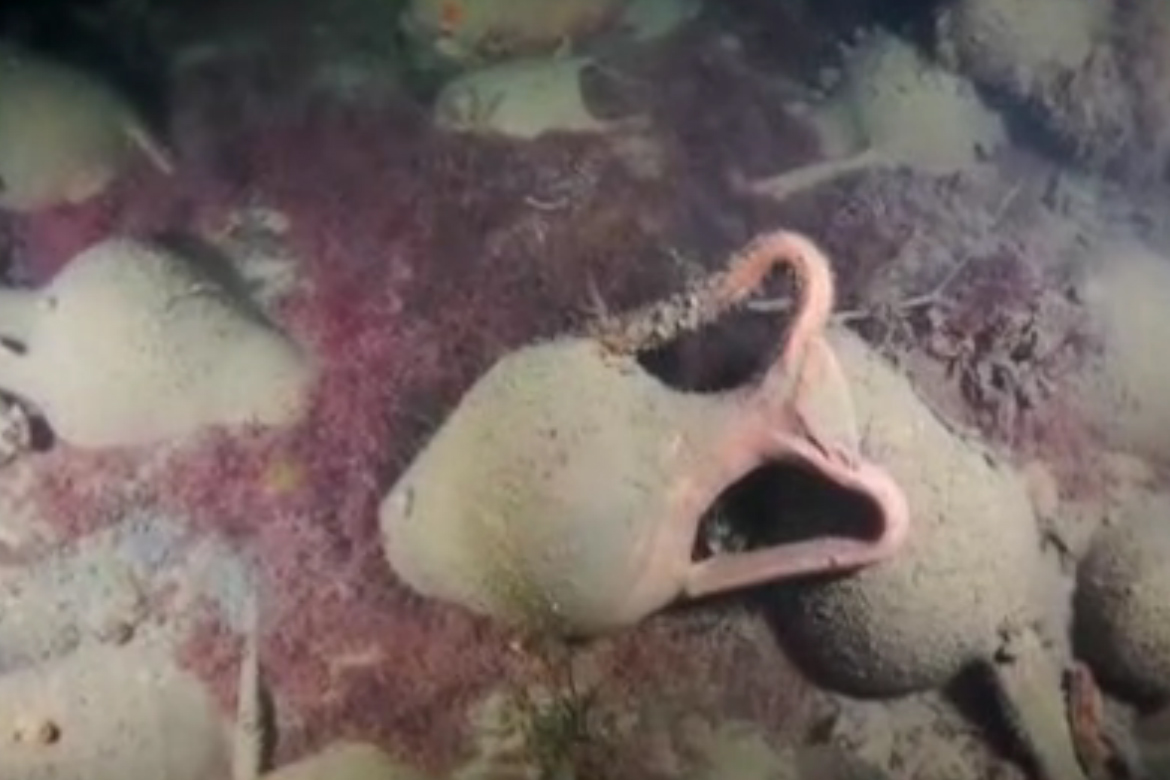 A large ancient ship has been discovered at a depth of 82 meters on the bed of the Black Sea near Sevastopol, the TV channel Zvezda (Star) has reported.

A large ancient ship has been discovered at a depth of 82 meters on the bed of the Black Sea near Sevastopol, the TV channel Zvezda (Star)has reported on May 26.

The finding, dubbed unique already, was spotted by members of the Rostov-Dive deep-water exploration club which has quite a large number of important archaeological discoveries on its record. The most recent one was probably the most outstanding over the past 100 years.

It is a large Byzantine ship, up to 125 meters long, that sank for unknown reasons.

Rostov-Dive chief Roman Dunayev turned to the Russian Defense Ministry and Russian Geographical Society for assistance in organizing a joint expedition and keeping the cultural values undamaged. Divers joined the crews of special mission vessels and experts of the Russian Black Fleet's search and rescue operations department, to start a search operation in the place where the ship presumably lies. Hundreds of amphoras, many of them undamaged, have been found. The ship must have been transporting oils and wines.

Naval crews and scientists of the Russian Geographical Society, in cooperation with the Rostov-Dive Club and archeologists are preparing for deep-water work. The expedition will begin from drawing up a map of underwater objects, making videos and taking photographs and 3D images of the findings before an operation to lift them starts.

Researchers are to find out whether there is one or several ships lying on the seabed, when the shipwreck occurred and why.

A large-scale joint expedition will start working on June 10 in cooperation with Black Sea Fleet personnel, the Russian Geographical Society's Deep-Water Research Center and the television and radio station Zvezda. The expedition will last many years.