Russia to use Singapore port in long-distance naval missions 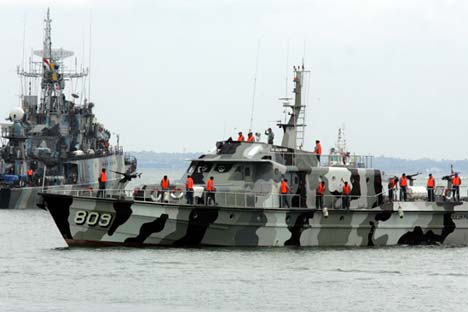 Russia plans to intensively use the Singapore port in long-distance missions, Deputy Defense Minister Anatoly Antonov said, according to a TASS report.

“Singapore has an advantageous geographic position and developed port infrastructure, which helps provide all the necessary supplies for Russian Navy ships and vessels,” Antonov was cited as saying at the at the Shangri-La Dialogue summit in the city-state.

“There are plans to increase the intensity of Russian vessels’ calls at Singapore when they are on long-distance missions in the area of the Indian and Pacific Oceans,” Antonov said according to the report.