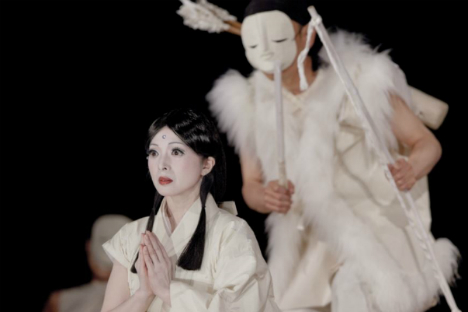 The Shizuoka Performing Acts Center (SPAC) from Japan is staging an adaptation of the Hindu epic Mahabharata at the Chekhov International Theater Festival in Moscow.

The setting in the adaptation changes from ancient India to 10th century Japan. The artists are using traditional Japanese theater genres such as kabuki and puppet theater.

The play will be staged at the Mossovet State Academic Theatre in Moscow until July 3.