Kalashnikov Concern unable to prevent sales of AKs in U.S. 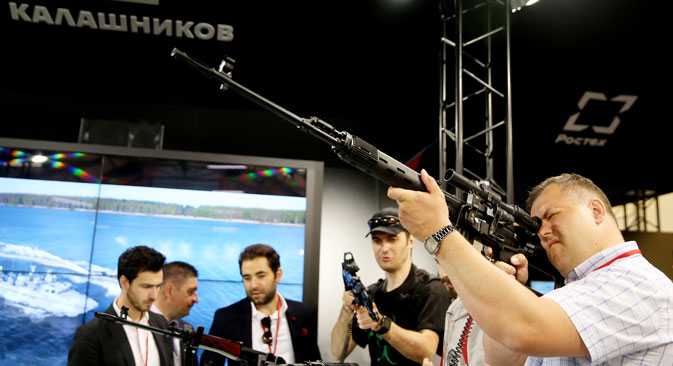 Russia’s iconic weapons manufacturer Kalashnikov Concern is unable to stop the sales of American-made Kalashnikov AK assault rifles due to the sanctions imposed by the U.S. on Russia, a representative of the company has told the TASS news agency.

It was reported earlier that the Pennsylvania-based firm Kalashnikov USA had begun to produce and sell the rifles within the United States, circumventing the sanctions imposed in 2014 over Russia’s role in the Ukraine conflict, which prevent the import of the weapons.

“The trademark has not been registered within the U.S. and, because of U.S. sanctions on Russia, the trademark registration in the United States is currently impossible. Therefore, the company cannot prevent the sales of Kalashnikov rifles in the U.S.,” said the representative.

According to Kalashnikov Concern’s press service, back in the 1960s and the 1970s, the government of the USSR granted the rights to manufacture AK rifles to several countries, including the United States, but as the limitation period has since expired, those are no longer valid.

“We have not dealt with the issue of protecting our intellectual property and the Kalashnikov trademark since the 1990s. As a result, the brand was in a difficult situation from the legal point of view. The current executive board of the company started the process of providing protection to the trademark, but this process is lengthy and involves numerous court hearings,” the company’s representative said.

The company described the launch of American-made AK rifles as “expected.” According to the press service, Kalashnikov Concern will counter this by designing completely new weapons.

The company is currently developing over 40 new firearms models, including the PL-14 9mm pistol, the AK-15 carbine equipped with a balanced automatic fire mechanism designed to reduce recoil, and the new AK-12 assault rifle.