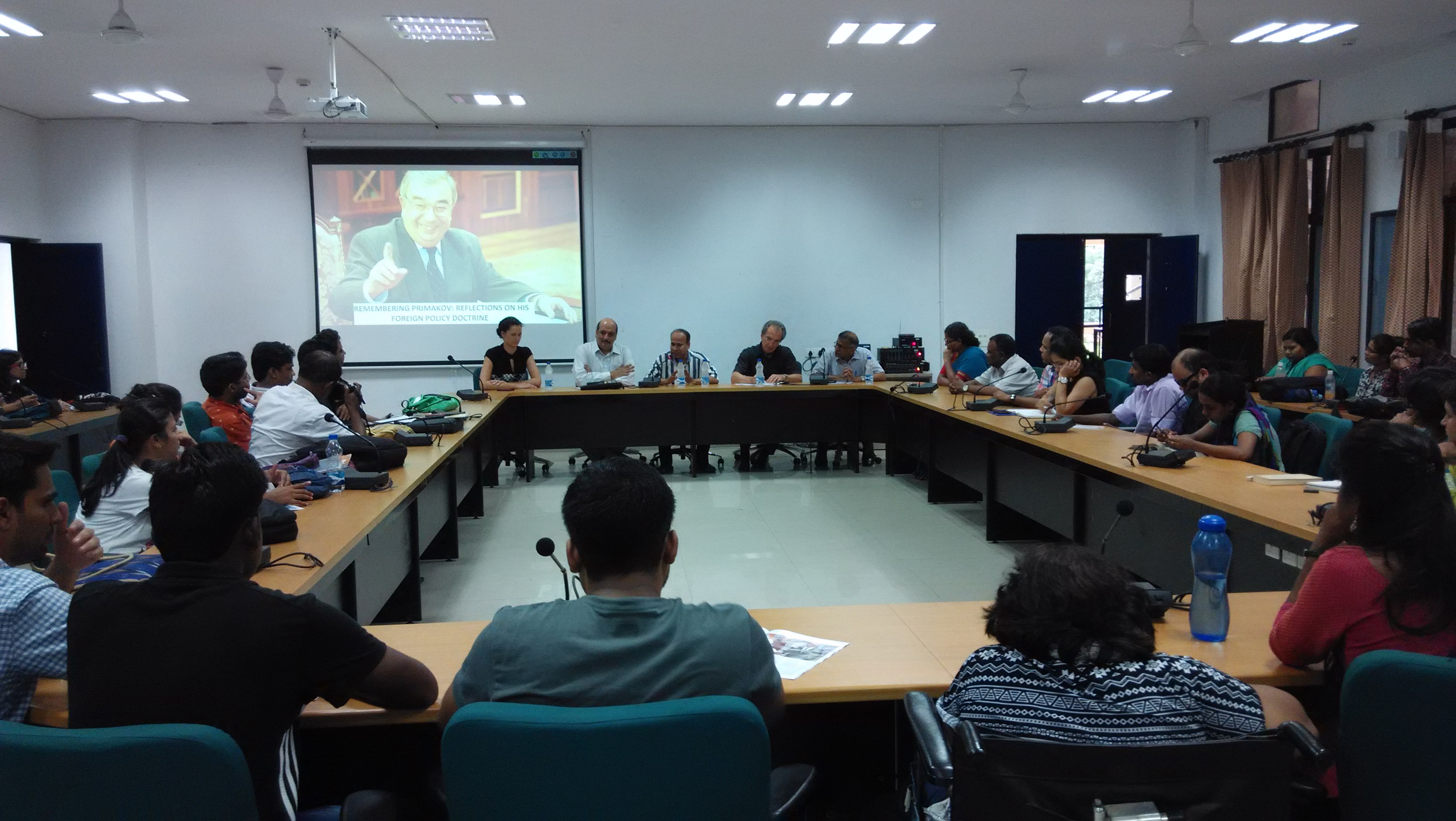 personal archive
The Eurasian Foundation organized a memorial meeting in honour of former Russian Prime Minister Yevgeny Primakov on August 7, recollecting the contribution made by the late statesman through his foreign policy doctrine.

The Eurasian Foundation organized a memorial meeting in honour of former Russian Prime Minister Yevgeny Primakov on August 7, recollecting the contribution made by the late statesman through his foreign policy doctrine.

Introducing the guests, director of Eurasian Foundation Prof Arun Mohanty reflected on the life of Primakov recalling his ‘immense contribution’ to Russia in various official capacities during the crucial post-Soviet transition period. Mohanty  describing Primakov as  the father of multi-polar  world  and India-Russia-China triangle concepts , threw light on the significant  role that he played in building strategic partnership  between our  two countries .

Ambassador Ajai Malhotra, who served as the Indian Ambassador to the Russian Federation from 2011-13, reminisced about his various meetings with Primakov both in the Soviet and post-Soviet times. Describing Primakov as a multi-faceted personality - who was at once a scholar, journalist, politician, poet, diplomat and a statesman – Ambassador Malhotra recalled the former PM’s continued dedication towards an active and pragmatic pursuit of Russian national interests. He called Primakov a ‘Russian patriot’ who had the foresight to understand the importance of Russia-India-China partnership, which acted as a forerunner to BRIC (and now BRICS).

Crediting him with enunciating a multipolar world, the Ambassador pointed out that Primakov was a true friend of India. Agreeing with him, senior journalist R.Prasannan called the moment the former Russian PM cancelled his trip to the USA by turning around his plane in protest against NATO bombing of Yugoslavia ‘the beginning of multipolarity.’

The New Delhi Bureau Chief of The Week also said that Primakov’s ideas have since paved the way for the current Russian president Vladimir Putin who has expanded on the idea of a mulitpolar world.

Elaborating on the foreign policy doctrine, Karmalito highlighted the role of principles of ‘equality, mutual respect and mutual benefit’ that were the basis of the ‘independent self-sufficient’ line of policy followed under Primakov. Recalling his role in strengthening Indo-Russian ties, Karmalito concluded that the roadmap of foreign policy thus laid would continue to guide Russia for years to come.