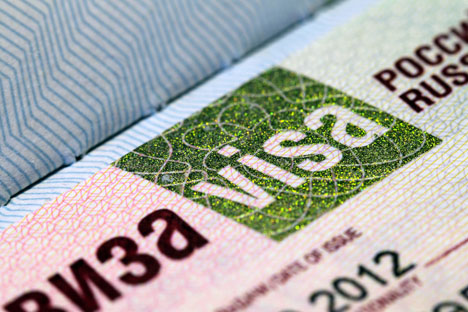 The Culture Ministry supports the idea of introducing a 72-hour visa-free regime for transit tourists from a number of foreign states, Culture Minister Vladimir Medinsky said.

The latest proposal to liberalize visa requirements would apply to tourists arriving in Russia by air, en route from Asia to Europe, and vice versa. Source: PhotoXpress

The Culture Ministry supports the idea of introducing a 72-hour visa-free regime for transit tourists from a number of foreign states, Culture Minister Vladimir Medinsky said.

"The Culture Ministry and Rosturizm [the Federal Tourism Agency] are fervent advocates of this idea because it will significantly boost inbound tourism," he told reporters on Aug. 13, responding to a question posed by Interfax.

The experience of the last few years shows that liberalization of the visa regime leads to an increase in tourist numbers, the minister said. A case in point is the scrapping of visa requirements between Russia and Korea, which led to a 45 percent increase in the number of Korean tourists in Russia, he said.

"Turkey. When visa formalities were reduced, we thought the number of Russian tourists would increase, but instead, we got Turkish tourists, and in large numbers. It turned out there are rich Turks, who stayed at expensive hotels. We have a similar situation with Iran," he said.

When asked which categories of foreigners these changes will apply to, Medinsky suggested waiting for a State Council presidium session before answering the question.

He also said: "We completely underestimate how, in our age of high technologies where we are increasingly accustomed to getting perks of life by pressing a button on a tablet, how stimulating this sort of simplification of time-consuming formalities stimulates people to travel."

Earlier media reports said that in the run-up to one of the upcoming sessions of the State Council presidium, which will focus on tourism, proposals were being drafted on how to ease visa requirements for tourists entering Russia for no more than 72 hours.

According to the media, which cited government sources, there is a proposal to allow transit tourists from about twenty countries, including several European ones, the United States and Australia, to stay in Russia for up to 72 hours without having to apply for a Russian visa.

Currently, such regulations are in place for foreign nationals who arrive in Russia for tourism purposes by boat.

The latest proposal to liberalize visa requirements would apply to tourists arriving in Russia by air, en route from Asia to Europe, and vice versa.