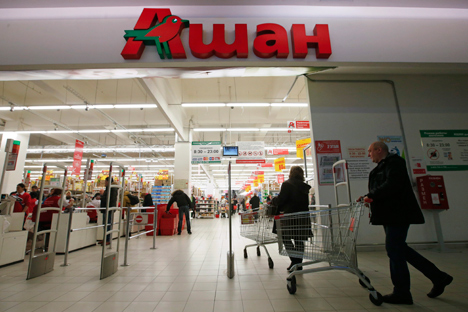 The French embassy to Russia has confirmed that it asked the Russian agricultural watchdog Rosselkhoznadzor to provide explanations regarding inspections of Auchan hypermarkets as part of working contacts. 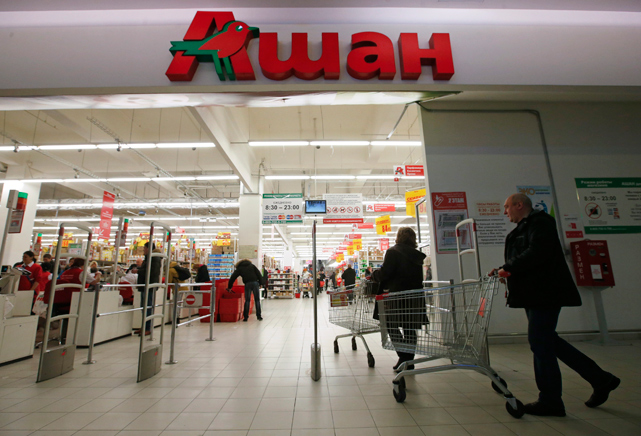 The French embassy to Russia has confirmed that it asked the Russian agricultural watchdog Rosselkhoznadzor to provide explanations regarding inspections of Auchan hypermarkets as part of working contacts.

However, the embassy did not express concerns, contrary to what the media claimed, the French embassy told Interfax on Aug. 13.

Russian media had reported earlier that the French embassy to Moscow had expressed concerns about inspections in Auchan hypermarkets conducted by Russian phyto-sanitary authorities.

It was reported earlier that Rosselkhoznadzor planned to go to court to make Auchan stop the in-house processing and sale of uncooked meat products. Rosselkhoznadzor specialists had examined raw meat, uncooked meat products, and sausage products used in making pizzas during unplanned inspections of several Auchan stores and found incompliance with the Customs Union microbiological standards in 35 out of the 47 samples selected for tests.

In particular, in testing meat products at four Auchan stores in Moscow and the Moscow region, Rosselkhoznadzor specialists revealed listerias and an excessive amount of coliform bacteria, aerobic mesophilic and optionally anaerobic organisms in them.

Auchan partially agreed with some of Rosselkhoznadzor's charges, but dismissed other complaints and intends to challenge them. In particular, this concerns control over bio-products that is exercised by state veterinarians at logistics centers and hypermarkets upon entry and disposal of written-off bio-products. The company also demanded that the watchdog withdraw its claim on discovering horse DNA in ground pork, insisting that it does not use horsemeat in its products.