RBTH
The countries agreed to set up an intergovernmental commission on trade, defense and military technical cooperation, and combating transnational crimes. 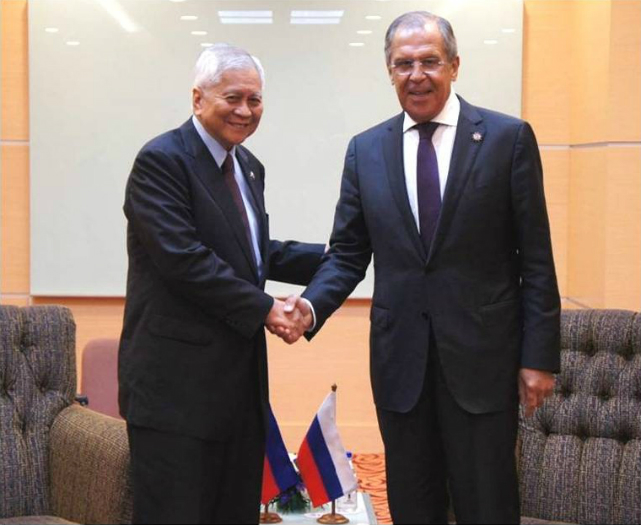 Russia and the Philippines decided to facilitate cooperation in defense and trade, the Philippine Department of Foreign Affairs said in a press note.

“At the meeting, Secretary del Rosario and FM Lavrov agreed to facilitate the conclusion of several pending agreements between the Philippines and Russia, including the establishment of an intergovernmental commission on trade, defense and military technical cooperation, and combating transnational crimes,” the Philippine Department of Foreign Affairs said in the press note.

In 2016, Russia and the Philippines will mark the 40th anniversary of the establishment of diplomatic relations. Lavrov proposed the publication of materials, among other things, to highlight the event, according to the press note.

Vladimir Putin will visit the Philippines for the 2015 APEC summit and will also hold standalone talks with Benigno Aquino III.