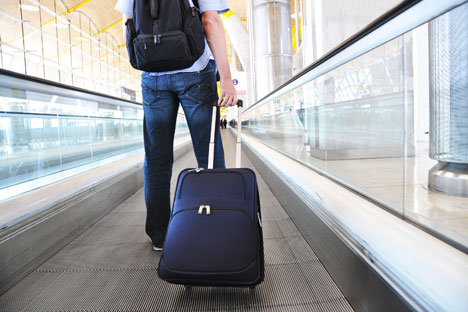 Two-thirds of Russians (65 percent) deem emigration to be an important problem in the country, and 29 percent argue the opposite, the Russian Public Opinion Study Center (VTsIOM) has said.

Most people wishing to live abroad are young  and active. Source: Shutterstock

Two-thirds of Russians (65 percent) deem emigration to be an important problem in the country, and 29 percent argue the opposite, the Russian Public Opinion Study Center (VTsIOM) has said.

The opinion is mostly shared by residents of Moscow and St. Petersburg (74 percent) and university students (68 percent), according to the poll of 1,600 respondents held in 130 populated localities in 46 regions on July 4-5.

Twenty-four percent of the respondents believe that the number of people leaving Russia for permanent residence in other countries has grown in recent years (the opinion was maintained by 18 percent in 2014 and 29 percent in 2013).

Twenty-one percent of the respondents are undecided.

In the opinion of the respondents, most people wishing to live abroad are young (74 percent), active (78 percent), educated (73 percent), strong (62 percent) and rich (68 percent); they are also described as residents of big cities (65 percent), private sector employees (54 percent) and people disapproving of the president's policy (49 percent).

"The dynamics of emigration from Russia has been very uneven in recent years: it fell abruptly last year and grew this year but did not reach 2013 levels. Social sentiments plunged to their local minimum in 2013 and a historic maximum was observed a year later amid the accession of Crimea and a general rise in patriotism. Nowadays economic problems and the consequences of the conflict with the West are beginning to tell, and the emigration flow is on the rise again," VTsIOM General Director Valery Fyodorov said in comment on the survey's outcomes.