RBTH
An ash cloud from the Karimsky Volcano reached a height of 2,500 meters above sea level. 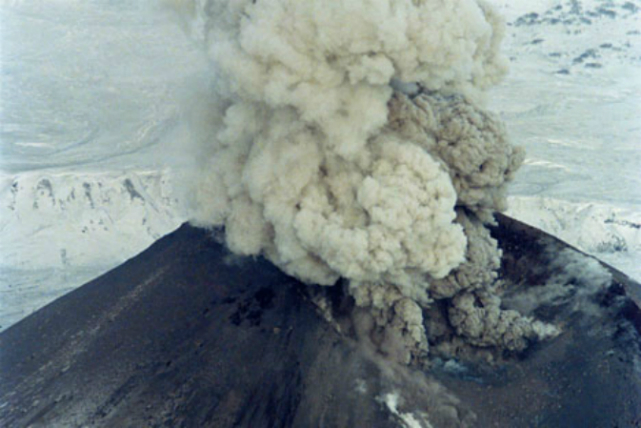 Steam and ash rises from the Karimsky Volcano in Kamchatka. Source: Igor Weinstein/TASS

Russian authorities issued a Code Orange alert in Kamchatka after a volcano erupted in the region on August 16, Deita.ru reports.

An ash cloud from the Karimsky Volcano reached a height of 2,500 meters above sea level, according to the report, which cited Emergencies Ministry officials in Kamchatka.

Ash has also spread to an area that is 55 kilometers southeast of the volcano.

Scientists believe that further eruptions could cause an ash cloud that reaches a height of 6,000 meters above sea level.  The area around the volcano has been cordoned off to tourists.

A Code Orange alert is issued when a volcano exhibits heightened or escalating unrest with increased potential of eruption within an uncertain timeframe or when an eruption is underway but poses limited hazards.

Karymskii pictured at the moment of emission of steam and ash. Source: Igor Weinstein/TASS