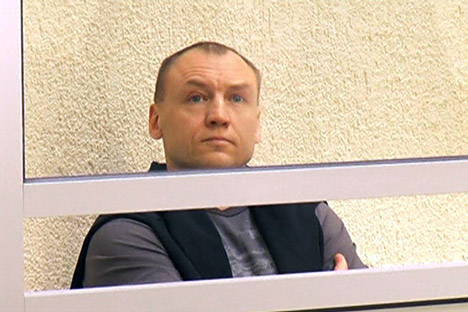 High Representative and Vice-President of the European Commission Federica Mogherini believes Russia has breached the norms of international law in the situation with Estonian citizen Eston Kohver, who has been sentenced to 15 years in prison.

High Representative and Vice-President of the European Commission Federica Mogherini believes Russia has breached the norms of international law in the situation with Estonian citizen Eston Kohver, who has been sentenced to 15 years in prison.

"The EU continues to call on the Russian Federation to act according to its international obligations, release Mr Kohver immediately and guarantee his safe return to Estonia," Mogherini said in a statement released in Brussels on Aug. 19.

The statement says that "from the very beginning, Mr Kohver has been deprived of the right to a fair trial: there was no public hearing of the case, the Estonian consul was not allowed to be present at the hearings and Mr Kohver was deprived of adequate legal aid."

Despite repeated requests from the EU, the Russian authorities have failed to resolve the issue, the statement says.

On August 19, the Pskov region's court found Kohver guilty of espionage, illegal border crossing, weapons possession and weapons smuggling, and sentenced him to 15 years in a high-security colony on the territory of Russia. The court also ordered Kohver to pay a 100,000 rubles fine.

The Russian Federal Security Service detained Kohver, an officer of the Estonian Interior Ministry's Internal Security Service, in possession of weapons and a large sum of money on the Russia-Estonia border on September 5, 2014. A court in Moscow ordered to arrest him on espionage charges on September 6, 2014. He was also charged later with illegally possessing and smuggling firearms and illegally crossing the Russian state border.

The Pskov Regional Court received Kohver's case in early June 2015. It was, however, returned to the Russian Prosecutor's General Office for "removing obstacles preventing its hearing in court." The Pskov court received the case back again on July 13. The arrest term for Kohver was extended until September 7.