Interfax
Interfax
Maxim Yefimov, a blogger from Karelia who was accused of extremism and received shelter in Estonia, said he is ready to turn himself in to investigators in exchange for the release of Estonian citizen Eston Kohver, who has been convicted of espionage.

Maxim Yefimov, a blogger from Karelia who was accused of extremism and received shelter in Estonia, said he is ready to turn himself in to investigators in exchange for the release of Estonian citizen Eston Kohver, who has been convicted of espionage.

"I believe that the innocent person Eston Kohver should be immediately released and sent to Estonia. If not, I suggest an exchange […] I am prepared to return to Russia and […] face trial on the charges of a crime I didn't commit, that is extremism," Yefimov said in his blog on LiveJournal on August 20.

Yefimov said Kohver's immediate release is the only condition on which he is ready to return to Russia.

According to earlier reports, the Pskov region's court on August 19 sentenced Kohver to 15 years in prison.

It was reported earlier that the Russian Federal Security Service detained Kohver, an officer of the Estonian Interior Ministry's Internal Security Service, in possession of weapons and a large sum of money on the Russia-Estonia border on September 5, 2014. A court in Moscow ordered to arrest him on espionage charges on September 6, 2014. He was also charged later with illegally possessing and smuggling firearms, and illegally crossing the Russian state border.

The Pskov Regional Court received Kohver's case in early June 2015. It was, however, returned to the Russian Prosecutor's General Office for "removing obstacles preventing its hearing in court." The Pskov court received the case back again on July 13. The arrest term for Kohver was extended until September 7.

After the sentence was handed out, the Estonian authorities said they will seek Kohver's release.

The criminal case against Yefimov was opened based on a report by the head of an investigative department of March 7, 2012. Yefimov is suspected of "fanning hatred or feud and belittling the dignity of a group of people based on religious affiliation."

On August 6, 2014, the Russian and Estonian media reported that Yefimov had applied for shelter in Estonia because he was accused of fanning religious feud in Russia in connection with the publication of an article entitled "Karelia Is Tired of Priests." 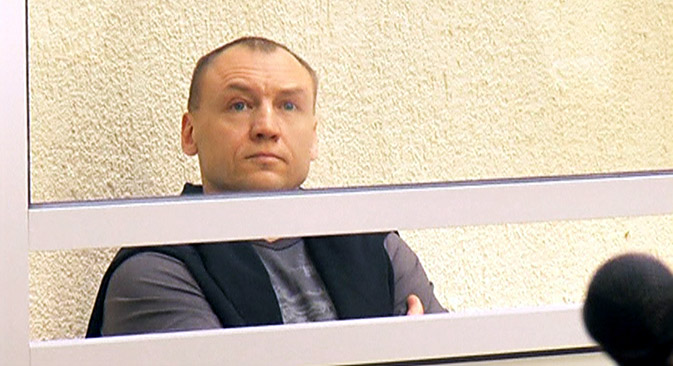