Interfax
Interfax
Former head of the Russian Defense Ministry's property management department Yevgeniya Vasilyeva whose parole was approved earlier in the day has left the penitentiary. 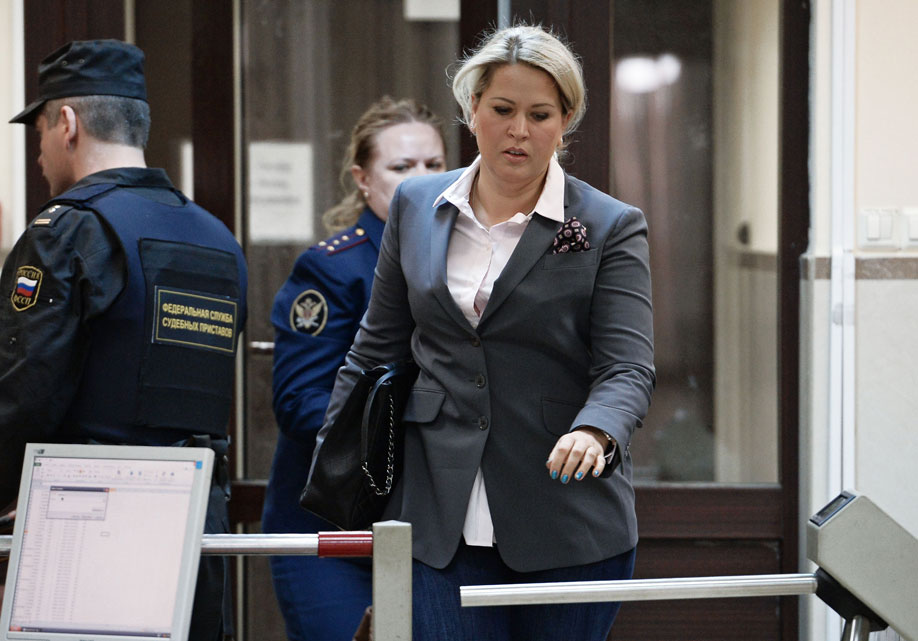 Yevgeniya Vasilyeva at the Presnensky District Court of Moscow before hearing her verdict in the Oboronservis case, May 8. Source: RIA Novosti/Ekaterina Chesnokova

Former head of the Russian Defense Ministry's property management department Yevgeniya Vasilyeva whose parole was approved earlier in the day has left the penitentiary.

Vasilyeva has left the premises of penitentiary No 1 in the village of Golovino in the Vladimir region, an Interfax correspondent has reported on August 25.

Vasilyeva left the penitentiary together with her lawyers in a black Toyota with privacy glass. Neither the lawyers nor the released woman approached the press. The Interfax correspondent saw a woman who looked like Vasilyeva loading her things into the car.

The Moscow Presnensky District Court sentenced Vasilyeva to five years in a medium-security penal colony as part of the Oboronservice case on May 8. She was found guilty on six counts of fraud, the legalization of the proceeds of crime and the abuse of office. Initially the damage caused by Vasilyeva was estimated at three billion rubles. Later the damage she is expected to recover was cut to something more than 216 million rubles.