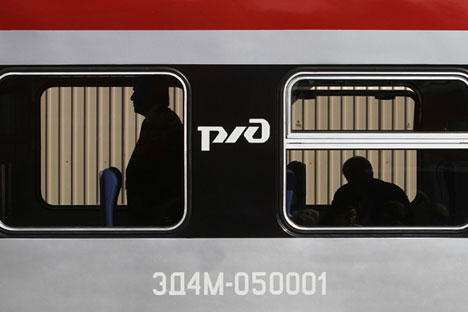 The Russian Railroad Forces have started the construction of a second rail line bypassing the Ukrainian territory, Russian Deputy Defense Minister Gen. of the Army Dmitry Bulgakov said on Sept. 26.

The railroad forces will do earthmoving works and lay culvert pipes in October, he said.

"Six hundred servicemen and 350 pieces of special purpose hardware of separate railroad battalions of the Western, Central and Southern military districts are building the railroad," the deputy minister continued.

A 122-kilometer rail line bypassing Ukraine is planned to open by the end of 2017 yet the project may be completed within a shorter period, Oleg Toni said.

"The total cost of the turnkey project exceeds 50 billion rubles. The rail line is planned to open by the end of 2017 but we will try to reduce the [construction] period," he said.

"This is a strategic project; we are tasked to build 122 kilometers of a double-track electrified rail line and five electrical substations with 60-kilometer approach lines within a short time, by the end of 2017," he said.