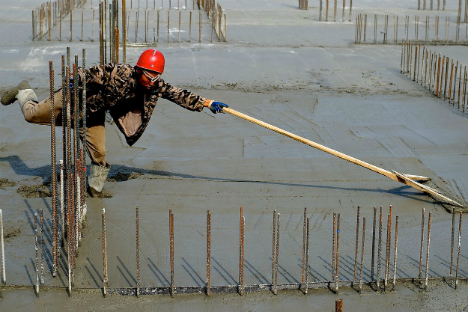 Cheaper labor costs may induce companies to use Russia as a manufacturing base.

The devaluation of the ruble has put average salaries in Russia on par with those in China, according to a study conducted by global management consulting firm, the Hay Group. The study examined salaries in 21 sectors of the Russian economy.

Experts came to conclusion that salaries of specialists in Russia have fallen sharply in dollar terms. Last year the salary level of highly qualified workers in Russia was 38 percent higher than in China, but this year the Russian and Chinese wage rates became equal.

Analysts note that medicines production costs were about the same in Russia and Europe in the past, but costs in Russia are lower to the tune of 15 percent.

Over the past few years, the level of wages in China has been steadily increasing. According to the country's National Bureau of Statistics, the average salary increased by about 12 percent in the first half of 2015 compared with the same period a year ago.

Based on reports published by Gazeta.ru, RBC.ru, Baidu.com