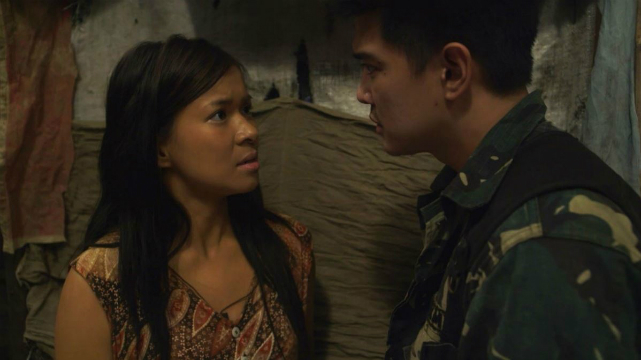 A still from Shadow Behind the Moon (2015). Source: Press photo

‘Shadow Behind the Moon,’ a film directed by Filipino director Jun Robles Lana won three awards at the Pacific Meridian International Film Festival, which was held in Vladivostok on September 15-20.

Lana won the best director award, while LJ Reyes won the best actress prize.  The film also won the Network for the Promotion of Asian Cinema and the International Federation of Film Critics prize.

The film, which is set during the armed conflict between the Philippine military and the communist resistance in the 1990s, looks at the lives of three individuals who, for different reasons, are trying to resolve an untenable situation.

“My mind went blank when they called my name,” Lana told the Philippine newspaper Business Mirror “The next thing I knew, I was onstage receiving the award from jury member and Academy Award winning director Regis Wargnier and getting a hug from actress Julia Ormond. Surreal!”