Medvedev invites Thai PM to Russia in May 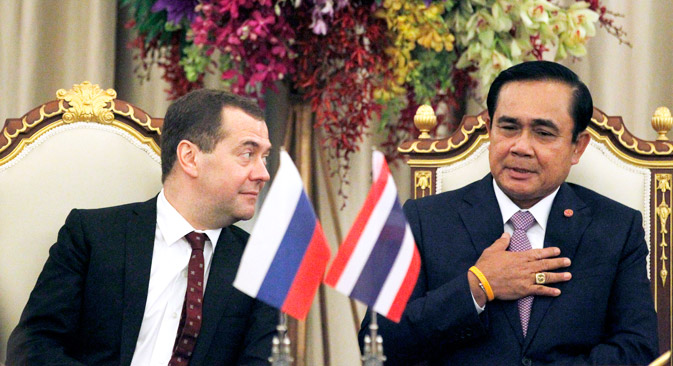 "I would like to invite you to visit Russia in May 2016 for the Russia-ASEAN anniversary summit," Medvedev said while meeting with the Thai prime minister on Nov. 18.

The Russian prime minister recalled his visit to Thailand in April 2015. "Since then, several Thai government officials have visited our country and consultations have continued," Medvedev said.