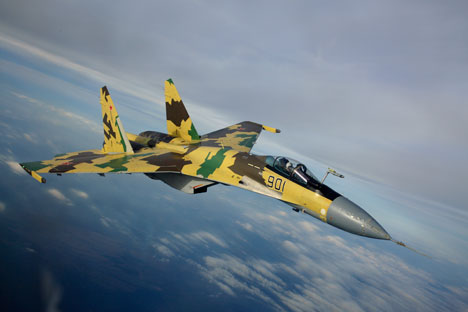 Deal is believed to be worth over $2 billion.

sukhoi.org
Deal is believed to be worth over $2 billion

China has bought 24 Sukhoi-35 (Flanker-E+) fighter jets from Russia, Sergey Chemezov, the head of the Russian state-owned high-tech company Rostec, told Kommersant. The deal is believed to be worth than $2 billion, with each jet being sold for $83 million, the newspaper said.

Several countries have shown interest in the advanced multipurpose aircraft, but China becomes the first foreign buyer of the fighter jets.  The Russian Air Force has a fleet of 36 Flanker-E+ jets at the moment.