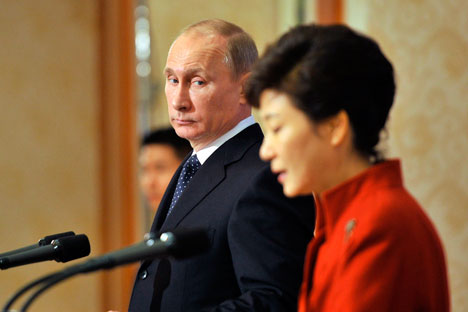 “I am asking for Russia’s active role in making North Korea face reality and have a rethink on its nuclear problem in order to resume meaningful talks on (North Korea’s) denuclearization,” Park said, according to the paper.

The leaders met on the sidelines on the U.N. Climate Change Conference in Paris.