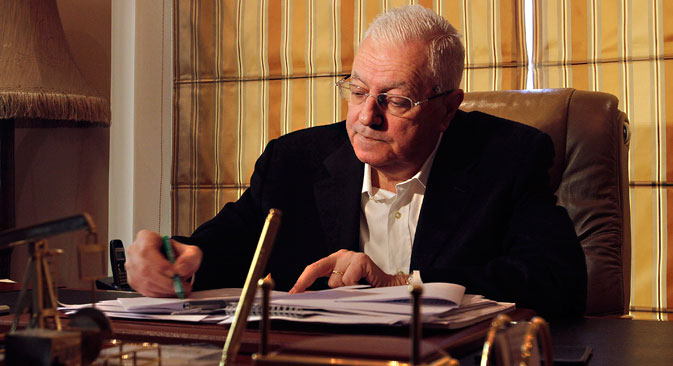 Businessman George Haswani has denied being acquainted with FIDE World Chess Federation President Kirsan Ilyumzhinov, with whom he was simultaneously included in the U.S. 'Syrian' sanctions list.

"I have no relations to and no ties with him. I do not know him," Haswani told the Business FM radio station.

Turkish President Recep Tayyip Erdogan said last week that Ankara has evidence that Moscow is involved in the illegal trade in oil from territories controlled by the Islamic State (ISIS) group, which is outlawed in Russia.

Edrogan said then that Turkey had the evidence and would show it to the world.

Among buyers of this oil, the Turkish president mentioned Haswani and an unnamed "Russian chess player."

Haswani, for his part, has rejected all of these accusations.

If oil convoys had been moving towards districts controlled by the Syrian government, space monitoring systems would have detected this a long time ago, he said.

Haswani, who received his education in the Soviet Union, established the Hesco Engineering & Construction company, which is also subject to American sanctions. Russia's Stroystansgaz company is one its business partners.

"We, as a construction company, have been working as a subcontractor with the company Stroytransgaz for 20 years. We have built oil pipelines and pipeline systems with them in Algeria, Sudan, the Emirates and Iraq, as well as the pan-Arab gas pipeline in Syria. And our latest project is a gas processing plant. It is a lengthy record of activity between Hesco and Stroytransgaz in the Middle East to build gas and oil facilities. We have relations with the management of Stroytransgaz, but we do not know the Stroytransgaz co-owner whom you have mentioned [Gennady Timchenko] and have never met him," Haswani said.