Moscow regrets the severing of diplomatic relations between Iran and Saudi Arabia. "We regret that such an escalation is occurring today between the two countries with which we have close relations - Iran and Saudi Arabia, which are very important regional powers. We have always spoken out in favor of mutual understanding within the Muslim world," a Russian Foreign Ministry source told Interfax. 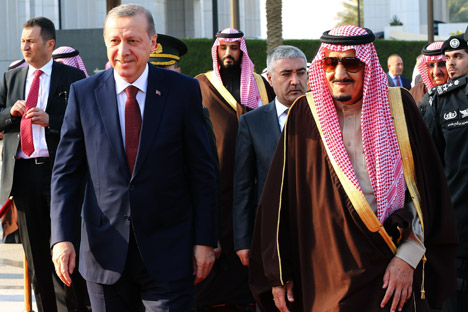 Moscow is hopeful that the current escalation in relations between Iran and Saudi Arabia will not disrupt the work of the Vienna group to support Syria, and this work will continue no matter what.

"We were content that Iran and Saudi Arabia started to work together within the international group to facilitate the settlement process in Syria and to support Syria. It was thanks to our efforts and American efforts that we were able to create such a mechanism of external support for this settlement process. We hope that this mechanism will continue to work, especially as we are now entering such a crucial stage at which inter-Syrian talks are expected to begin in Geneva at the end of January," a Russian Foreign Ministry source told Interfax.