Interfax
RBTH
At the moment, the bio-gas station produces 60 kilowatts per hour

Electric power generation from landfill gas has begun in Crimea; at the moment, the bio-gas station produces 60 kilowatts per hour, the press service of the republican association Ekologia i Mir said on Jan. 11, noting that the project had been proposed by Crimean scientists.

The association said that this would be the first project of its kind in Russia.

Gas wells will be built throughout the bio-gas station's territory soon after the first working area of the landfill is closed in the village of Turgenevo in the Belogorsky district. "The extracted bio-gas will be sufficient for producing 0.4-0.5 megawatts of electric power per hour," the report said. 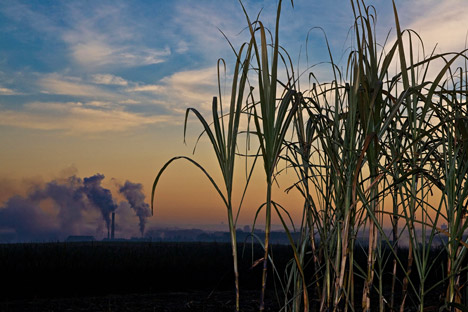 The project uses a domestically manufactured engine, the YaMZ-238. Unrefined gas is supplied to the power plant directly from wells.

According to the association, Jenbacher and Deutz are used in similar projects in other countries. "However, these machines operate only through a gas preparation station, which costs more than power generating equipment," the report said.

Crimean Academy of Sciences President Viktor Tarasenko hopes that this is not a one-time project, considering the power deficit in the region. "We notified the Crimean administration about the works in early November and gained its support," the association press service quoted the professor as saying.

The landfill generated its first electricity 18 months after its opening. The project was implemented together with private businesses.

It is now planned to create a landfill gas generation model and to launch a high-temperature gas recycling unit to prevent gas discharges into the atmosphere. "Hopefully, this pilot project will also be the first of its kind in Russia," Tarasenko said.