Putin: Readiness for work within Russia-NATO Council should be mutual 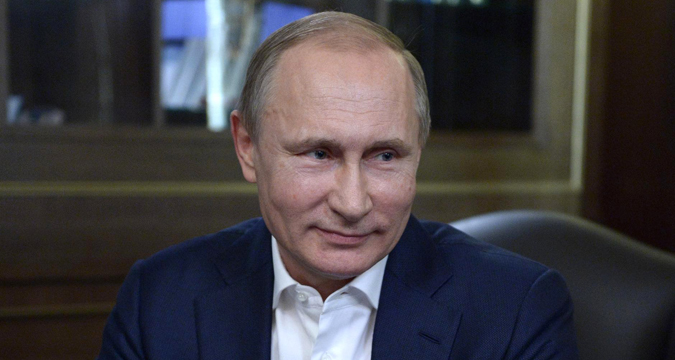 Russian President Vladimir Putin: Relationship can be happy only when the feeling is mutual.

Kremlin.ru
Russia is ready to work within the Russia-NATO Council format, Putin said

Russia is ready to work within the Russia-NATO Council format, but this readiness ought to be mutual, Russian President Vladimir Putin has said.

"It was not Russia that cut off cooperation through the G8 or the Russia-NATO Council. We are willing to interact with everyone, once there is a matter for common discussion. We think that there is one, but a relationship can be happy only when the feeling is mutual. If we are not welcome as partners, that is fine with us then," Putin said in an interview with the German newspaper Bild.

Putin also noted that the idea of creating such a format was actively supported by Silvio Berlusconi, the former prime minister of Italy, and it was in Italy that the document on establishing the Russia-NATO Council was signed. 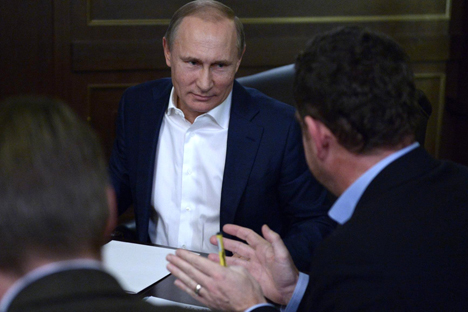 Participants in the G8 format 'will be most welcome' if they decide to come to Russia for a visit, Russian President Vladimir Putin has said.

Speaking about Russian participation in G8, Putin said that Russia was ready to host the G8 summit in 2014.

"It was not us who did not go somewhere; other countries did not come to Russia. If our counterparts decide to come for a visit, they will be most welcome, but we have not booked any tickets yet," President said.

The Russian president also expressed an opinion that "Russia never became a full-fledged G8 member, since there were always separate negotiations between foreign ministers of the other seven countries."

"I would not say that this mechanism is useless. Meetings, discussions, seeking solutions together are always beneficial. I believe that Russia's presence was useful, since it provided an alternative view on some issues under discussion," he said.

"Pretty much the same issues" have been examined within the G20, the Asia-Pacific Economic Cooperation (APEC) group in the East, as well as within BRICS (Brazil, Russia, India, China and South Africa), Putin said.