Sarmat strategic missile to be test-fired from Plesetsk in 2016

The Russian army and industry are planned to begin flight tests of the brand new heavy liquid-fuel intercontinental ballistic missile RS-28 'Sarmat' in 2016, Interfax-AVN was told in the rocket and space industry on Jan. 12.

"The first test-launch of a Sarmat missile from a silo in the Plesetsk spaceport [Arkhangelsk region] will be performed approximately in the second half of 2016. So-called drop tests will be conducted before that," the representative told Interfax-AVN.

The new missile will be able to deliver a multiple warhead of up to ten tonnes "to any part of the globe via either the North Pole or the South Pole," he said.

According to the Defense Ministry, serial supplies of Sarmat ICBM to the Russian army will begin in the next two or three years. 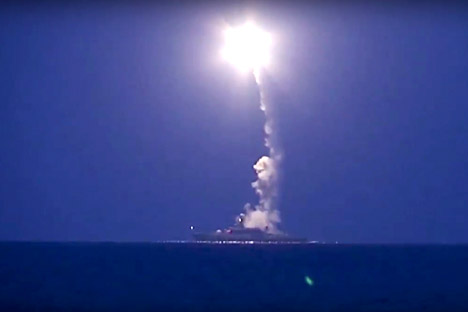 According to the rocket and space industry representative, a missile is ejected from a silo to an altitude of 30-40 meters by a hot-gas generator in drop tests. This is the altitude for starting the first-stage cruise engine in 'regular' launches.

Karakayev said earlier that the Sarmat missile would not be inferior to RS-20 ICBM.

It was also reported that Sarmat could be a carrier for hypersonic devices, including the one called 'object 4202' by the media.

In addition to Sarmat, Russia has been developing another liquid-fuel intercontinental ballistic missile. The work is being done by NPO Mashinostroyeniya in Reutov, Moscow region.