A Ukrainian serviceman who was detained in Russia's southern Rostov region, after illegally crossing the border, has said that he wanted to visit his relatives, a spokesman for the Russian Federal Security Service's (FSB) regional border guard department told Interfax on Jan. 15.

"It has been established that the detained man, who was born in the Ukrainian locality of Milove, is serving in one of the armed forces units based in the Milove district of Ukraine under contract. The detained soldier has explained that he crossed into the territory of the Russian Federation in order to visit his relatives who live in the Rostov region," the spokesman said.

The soldier explained that he had to cross the border through bypassing an official checkpoint because the command of his unit categorically banned all servicemen from visiting Russia, the spokesman said. 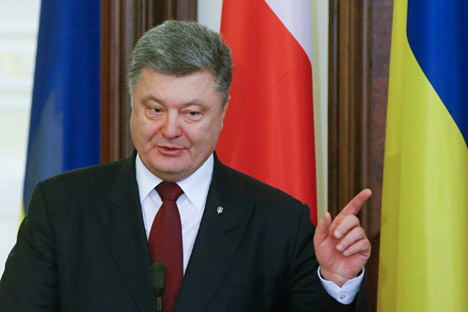 The Russian authorities are now considering whether to open a criminal case against the Ukrainian soldier on a count of illegally crossing Russia's state border (Part 1 of Article 322 of the Russian Penal Code).

It was reported that on the evening of January 12, in the village of Chertkovo, Rostov region, Russian border guards detained a Ukrainian Armed Forces soldier who was illegally present on Russian territory. He had crossed the Russian-Ukrainian border outside of an official checkpoint and had no ID on him.

Kiev has confirmed the detention of a Ukrainian serviceman in Russia and said that it is investigating the circumstances surrounding this incident.

"The Ukrainian soldier serving under contract was detained on a road between the Ukrainian locality of Milove and Russia's Chertkovo. His surname is Shlyakhovoy. The reasons and circumstances of what happened are being investigated. Our serviceman is currently being held by the Russian side," spokesman for the headquarters of Kyiv's operation in eastern Ukraine Oleksiy Mazapa told Interfax on Jan. 13.