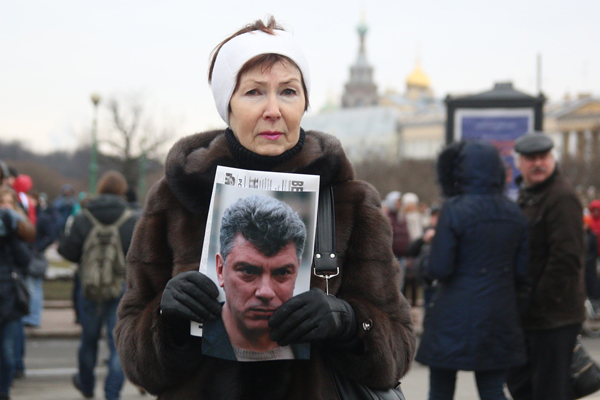 A woman holds a portrait of Russian opposition leader Boris Nemtsov during a march in memory of him on March 01, 2015 in Saint-Petesrburg.

The criminal investigation opened against five people charged over the killing of Russian opposition politician Boris Nemtsov has been completed, a lawyer for one of the suspects told Interfax.

"The investigation has notified me today that the inquiry as part of this case has been completed," lawyer Mussa Khadisov, who represents suspect Anzor Gubashev, said.

Khadisov also said that he had been summoned to the Russian Investigative Committee on Friday, in order to be officially notified of the completion of the inquiry.