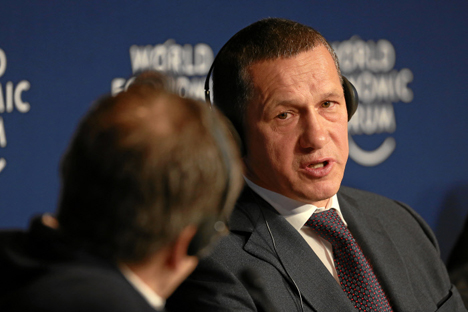 "There was a whole series of meetings with leaders, with representatives of governments and oil exporting companies, who are saying they are not happy with oil prices. They think these prices are unable to guarantee investments in exploration, the development of fields, especially on the shelf," Trutnev said.

"There was a conversation about coordinating efforts in this respect with a view to changing oil prices, otherwise, after a certain period, we might come up against a shortage of energy supplies," he said.