Putin and Merkel discuss the Ukraine crisis settlement on the phone 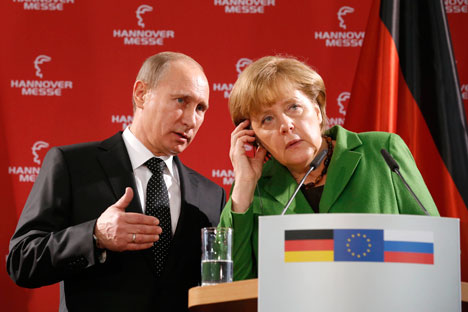 Reuters
They particularly touched upon the constitutional reform in Ukraine

"They expressed the reciprocal interest in the provision of a lasting truce on the contact line and, in general, underlined the absence of an alternative to the full-scale implementation of the Minsk agreements dated February 12, 2015," the report said.

"They particularly touched upon the constitutional reform in Ukraine and local elections in Donbass under laws coordinated with representatives of Donetsk and Luhansk. It was agreed to carry on the joint work in the so-called 'Normandy format', including a meeting of the foreign ministers to be held within the next few days," the report said.

Read more: Kerry believes sanctions against Russia could be lifted in 2016>>>