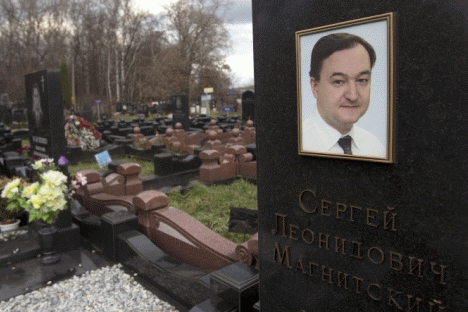 The U.S. authorities has included another five Russians in the so-called Magnitsky List.

AP
The list was published by the U.S. Treasury Department on Feb. 1

Another five Russian citizens have been included in the U.S. anti-Russian sanctions list under the Magnitsky Act, Russia's Zvezda television station has reported.

The list was published by the U.S. Treasury Department on Monday, February 1.

Those added to the list are, a native of Sevastopol, Alexei Anichin, and another four Russian citizens: Yevgeny Antonov, Boris Kibis, Pavel Lapshov, and Oleg Urzhumtsev. No additional information on these people, including their places of work, or their posts, has been provided.

Sergei Magnitsky, a lawyer for the Hermitage Capital investment company, was accused of large-scale tax evasion. He died in a Moscow pre-trial detention center in November 2009. According to the Prosecutor's Office, his death was caused by cardiovascular insufficiency.