The Russian Defense Ministry has accused the Turkish side of breaching the Treaty of Open Skies.

"According to the Treaty of Open Skies a flight of the group of Russian inspectors by an Antonov An-30B observation aircraft over the territory of the Republic of Turkey was due from February 1 to 5, 2016," head of the Russian Defense Ministry directorate of supervision over the implementation of the treaties Sergei Ryzhkov said on Feb. 3. 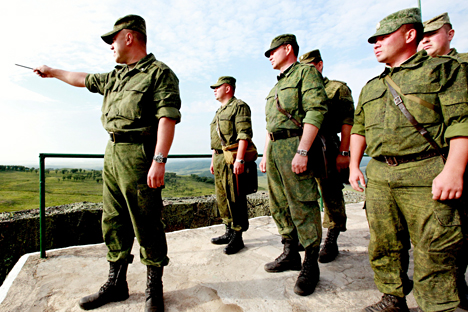 "The Turkish side has announced no preconditions and restrictions for Russia to perform an observation flight," he said. "The itinerary specifically envisaged the observation of the districts adjacent to the Syrian border and the airfields, where the aviation of the NATO states is concentrated. However, after the arrival of the Russian mission to Turkey and the announcement of a planned itinerary of an observation flight, the Turkish military denied it be conducted, citing the order by the Turkish Foreign Ministry," Ryzhkov said.

"Thus, as a result of violations of the treaty requirements and unconstructive actions by the Turkish side a dangerous precedent of uncontrolled military activity by a member-country to the Treaty of Open Skies was created," he said.

"We do not intend to leave without a proper attention and a relevant reaction the violations of the Treaty of Open Skies by the Republic of Turkey," the Defense Ministry representative said.