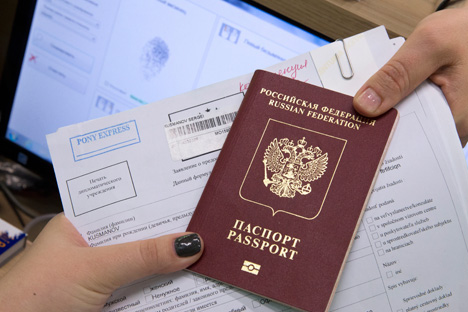 Tourist trips from Russia to Europe decreased by 34%.

The visa market in Russia fell 37 percent year-on-year in 2015, due to the economic crisis and biometry requirements of Schengen zone countries, according to the statistical data provided by VisaToHome company.

The company said that the mandatory finger-printing requirement, introduced for Schengen visas in the fourth quarter of 2015, reduced the number of visa applications by 39 percent, compared to the relevant period of 2014, when the ruble was already volatile, and the exchange rate topped 100 rubles to the euro.

Population incomes have critically fallen in hard currency equivalent, and one of the first areas affected by that change was travelling. The visa market contracted by 48 percent in 2015, as against the pre-crisis year 2013.

The demand for visas fell the least (13 percent) in case of Poland. Experts say that lots of Polish visas are issued in the Kaliningrad region for travel across border areas of Europe, and trade and business relations.

The issue of visas to the United Arab Emirates for Russian citizens remained at the same level.

According to the Federal State Statistics Service, tourism trips from Russia declined by 31.4 percent year-on-year in January-September 2015, which was the largest fall in the past 15 years. The total number of foreign trips by Russians reduced by 20 percent to 29, 333,400 in the first nine months of 2015.

Tourist trips from Russia to Europe decreased by 34 percent: Russian tourists went on 6,337,800 million trips to Europe in the first nine months of 2014.