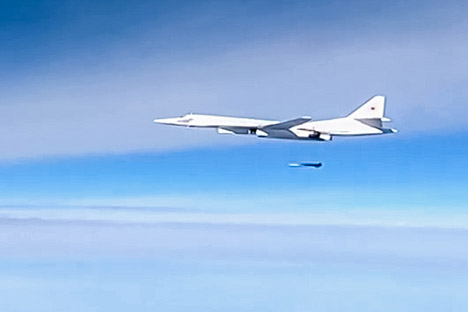 "This is total nonsense," he told Interfax in an interview, commenting on the claims that Russian air strikes in Syria were allegedly catalyzing migration of refugees to Europe.

"We have never been shown any evidence, any photo of refugee flows triggered by operations of our Aerospace Forces," the deputy minister said.

"This is an attempt to shift the blame. Quite the opposite, operations of our Aerospace Forces and the Syrian army create conditions for the return of many temporarily displaced persons home, to the territory of Syria," Meshkov said.